Housing Choice Initiative Awards go to municipalities that have produced a significant number of new housing units in the last five years and have adopted best practices related to housing production. This year, our district has received two of these grants totalling $500,000.

The Rural and Small Town Development Fund provides grants to improve infrastructure and fund community planning needs for towns with populations less than 7,000 or with a population density of fewer than 500 people per square mile. This year, our district has been awarded $708,950 across five municipalities.

Erving received $330,000 which will be used to complete culvert projects and improve drainage. Montague received $150,000 to complete a comprehensive feasibility study for a potential biosolid composting facility which could enhance wastewater treatment system sustainability. Leverett was granted $130,000 to produce an engineering report to find long-term solutions for Dudleyville Road, which is currently gravel and is subject to regular closures causing problems for school bus access and through traffic to the Leverett Village Coop. Whately has received $58,950 for the creation of plans to complete the water main loop under Old Egypt Road. And finally, Royalston has been granted $40,000 to conduct a marketing feasibility study of the historic Whitney Hall and create a list of recommendations for future use of the building.

The Underutilized Properties Program provides grants to many types of recipients including municipalities, non-profit organizations, and for-profit organizations. The goal of the program is to rehabilitate and improve underutilized and underserved properties to increase housing opportunities and support economic development projects. This year, our district received two of these grants, totalling $925,000.

One of the grants, totaling $830,000, went to Valley CDC in Northampton and will be used for the redevelopment of a vacant, former nursing home into an estimated 60 new affordable apartments. The other, totaling $95,000, went to Nova Real Estate, LLC in Montague to create a co-working area.

Amherst received $75,000 for developing streetscape standards for downtown Amherst. Ashburnham also received $75,000 which will be used to create a Downtown Improvement Master Plan. Leverett was awarded $75,000 which will be used to develop a comprehensive plan. Whately was granted $59,000 to inventory underused commercial land parcels. Finally, Athol was awarded $40,000 to develop a plan to better understand community housing needs.

The Urban Agenda Grant Program is focused on supporting economic vitality and strengthening urban areas across the Commonwealth. This year, the Greenfield community has been awarded two grants from the Program totalling nearly $200,000. The first of the grants was $100,000 for the City of Greenfield which will be used to fund a free workforce training program in culinary skills development, hands-on training, work experience, and job referrals for socioeconomically disadvantaged individuals. The second grant was $98,648 for Greenfield Community College to be used for supporting collaborative workspace membership and providing technical training and mentorship for individuals in underrepresented communities.

The Collaborative Workspace Program granted the Town of Athol $50,000 for improving kitchen facilities, and granted The Imaginary Bookshop in Greenfield $2,000 to improve their space.

Massachusetts Downtown Initiative granted the Town of Ashburnham $25,000 to assist local small businesses to improve infrastructure. The program also granted the City of Greenfield $25,000 to help with the revitalization of the downtown area. 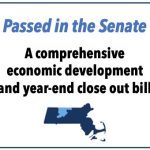 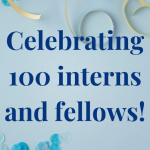