The House and Senate reached agreement on $3.76 billion spending package that will help ease the financial strain brought on by challenging economic conditions in Massachusetts and across the country and also close the books on Fiscal Year 2022.

In addition to the $3.76 billion in direct investments, this agreement includes $2.94 billion for one-time tax relief that is being returned to an estimated three million taxpayers over the coming weeks.

Notably, this agreement accounts for all of the FY22 surplus resources (between direct investments and 62F tax relief), while dedicating $500 million in federal American Rescue Plan Act (ARPA), ensuring $1.75 billion in ARPA resources remain for future use.

Over $1.4 billion invested to support health and human services programs, including: 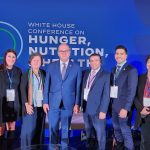 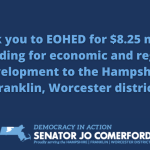