Yesterday, the Massachusetts Senate voted overwhelmingly to pass a trio of energy and climate bills under the banner: Next Generation Climate Policy.

One of the centerpieces of the legislation, is a Net Zero building provision which I filed as legislation at the start of this session after learning about the efforts of Amherst municipal leaders and advocates to curb the 40% of emissions that come from the building sector by developing and mandating a Net Zero stretch code. I’m grateful to the advocates and to my staff for helping move this bill through the Legislature with such speed.

I speak about the Net Zero building code amendment, here.

We heard from a number of you who were frustrated with the tight timeline to engage with these bills. And we hear you. With stakes as high as they are, we know how important it is for constituents and advocates to make their voices heard — as strongly and as passionately as possible. Thank you to the more than 100 of you who broke through to let us know your priorities and urge me forward to be as bold and as strategic as possible in increasing the impact of these bills.

With you in mind, I introduced 12 amendments focused on income and regional equity, carbon sequestration, centering youth voices, interconnection, banning hydrofluorocarbons in appliances, and more. I also proudly supported roughly 40 of the additional 150 amendments filed by my colleagues, including one by Senator Pacheco which added the phrase “climate emergency” to the preamble as I think it’s a moral imperative that our State Senate lay bare the stakes we’re facing.

While, all of my amendments didn’t make it through, I was able to win five, including those to:

Here’s a brief summary of the overall bill:

This legislation is a downpayment on the green new deal revolution that we know we need and our children deserve. There is much more that still needs to be addressed, like interconnection of renewable resources to the grid, how we manage our forests, whether biomass can be included in the renewable portfolio standard, and on and on.

So today I’m rubbing the sleep out of my eyes after a late night, and I’m off to continue fighting on your behalf. 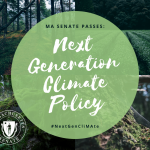 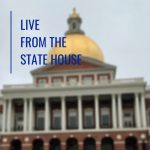