By Jo Comerford
Posted July 22, 2022
In The People's Blog
Farms, health care, and millions for our district: Inside the Senate’s $4.4 billion economic development bill2022-07-222022-07-22https://senatorjocomerford.org/wp-content/uploads/2022/06/jo-web-header-v2.pngJo Comerfordhttps://senatorjocomerford.org/wp-content/uploads/2022/07/website-featured-image-for-optimal-fb-sharing-52.png200px200px
0

Yesterday, the Senate passed a comprehensive $4.4 billion economic development bill that invests equitably in local communities and in people across the Commonwealth.

I was proud to secure 11 amendments to the bill totaling $1 million in appropriations and $4 million in bonding authorizations. The bill that came to the Senate floor also included multiple provisions from An Act Supporting the Commonwealth’s Farmers, which I filed at the start of the two-year session. During debate, a bill I filed was also adopted as an amendment to scale back the Commonwealth’s Medicaid estate recovery requirements to the federal minimum, a win for hundreds of thousands of MassHealth recipients over the age of 55.

The provisions in the bill that I initially filed with Rep. Blais as An Act Supporting the Commonwealth’s Farmers include sections to create a circuit rider position within the Department of Agricultural Resources, who will make visits to farms at no-cost to enable more farmers to take advantage of state grants and resources and to help farmers better navigate the policies that regulate their industry. Another provision allows farmers to operate microbusinesses on land in horticultural use without increasing their tax burden. Additionally, the bill changes the deadlines for farmers to apply for active use taxation programs so that farmers are not required to complete applications to have their farms or forests taxed as farms or forests during their busiest seasons. A final provision from An Act Supporting the Commonwealth’s Farmers which was included in the bill creates a commission on agricultural equity which is tasked with making recommendations on generating greater equity through the policies, programs and investments that regulate and support agriculture in the Commonwealth.

I spoke to these provisions during debate.

Among the policy amendments adopted was one I filed, which was similar to the text of An Act protecting the homes of seniors and disabled people on MassHealth, a bill I share with Rep. Christine Barber. Under current law, when people who received MassHealth benefits over age 55 die, their heirs are responsible for paying back to the state the value of the health care benefits they received. My amendment will scale back Massachusetts’ so-called estate recovery provisions to the federally required minimum. The MassHealth estate recovery law affects seniors, people living with disabilities, and the lowest income Massachusetts residents, often requiring the sale of the family home to pay back the unexpected health care bill the family receives after a loved one passes away.

I would like to see the federal government end all estate recovery, permanently. We don’t demand repayment for benefits received through any other social safety net program, so why do we do it for Medicaid? However, until the federal government eliminates this policy, or better yet, we move to a single payer health care system, I am pleased that we are one step away from scaling back the state’s estate recovery policy to the absolute minimum.

Among the funding earmarks I secured are the following Hampshire, Franklin, Worcester district priorities:

The bill includes a broad-based tax relief package that will result in permanently lower taxes for many households, as well as rebates for hundreds of thousands of residents who are grappling with inflation and rising costs. The bill also includes investment in health care, housing, early education, agriculture, and tourism – a full summary of the bill is below.

The House passed its economic development bill earlier this month. A conference committee will now be appointed to reconcile the House and Senate versions of the bill.

This legislation includes $501 million in comprehensive tax relief for lower-and middle-income families, children, seniors, and renters and $510 million in one-time payments to middle-income filers. Notably, $250 in direct relief payments would be sent in September 2022 to all single-filing taxpayers who earned between $38,000 and $100,000 in 2021, and $500 would be sent to married couples who earned between $38,000 and $150,000 that same year. Businesses would see relief through an investment of $100 million in the state’s Unemployment Compensation Fund.

The bill would further provide permanent tax relief by:

The bill invests $965 million for health and humans services programs, including:

It also invests $610 million for environmental and climate resiliency initiatives, including:

It further invests $400 million for promoting the production of affordable housing, including:

The bill also includes a significant investment of $150 million for early education and care providers through the continuation of the Commonwealth Cares for our Children (C3) stabilization grant program.

The bill also creates a new scholarship program, funded at $50 million, to promote the attainment of debt-free higher education for students pursuing careers in high-demand industries, such as health care, education, and cybersecurity.

The bill authorizes $1.4 billion in capital expenditures, including:

The bill also establishes the following new programs and institutions:

A number of notable amendments were adopted during the floor debate, including those that would: 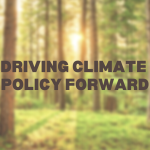 All about the reconciled clean energy and climate billThe People's Blog 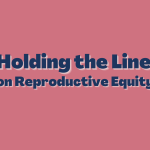