It’s outrageous — the pesticide the state uses in its mosquito spraying program has been found to contain PFAS, a group of highly toxic chemicals.

In a Boston Globe article that was published today, I called for an immediate moratorium on the use of this pesticide and I’m not stopping there. I plan to introduce comprehensive legislation to protect our water, our kids, and ourselves from this toxic and permanent substance. But first let’s take a step back and understand what’s happening here.

PFAS chemicals are often called “forever chemicals,” since they do not break down in the environment, and can accumulate and stay in the human body. They have been linked to a variety of diseases, including suppressed immune function, thyroid disease, testicular and kidney disease, cancers, and liver damage. Over the past years we’ve discovered the wide-ranging use of PFAS in products such as artificial turf, restaurant take-out containers, cosmetics and dog toys.

But recently, tests done on the pesticide Anvil 10+10 by the advocacy group Public Employees for Environmental Responsibility, and confirmed by state officials, show levels of PFAS greatly exceeding state limits.

In 2019, the state sprayed almost 10,000 gallons of the Anvil 10+10 pesticide over 2 million acres, covering 100 cities and towns with a population of 1.5 million people. Many of these towns in Southeastern Mass found high levels of PFAS in their water supplies, despite not being near any obvious sources. Now we know a possible reason for their contamination. Meanwhile, the state is already spending tens of millions of dollars to clean up contaminated water sources throughout the state, including in Westfield, made toxic due to PFAS.

This makes no sense. We should not be spraying PFAS out of airplanes at the same time we’re spending millions to clean it up and working to ban it.

Bolstered by staunch advocates and local officials, I have been helping to lead efforts to scale back the general use of mosquito pesticides in Massachusetts and advance other more useful processes. Last year, Governor Baker filed a bill that would remove all restraints on the aerial spraying of pesticides. The bill was sent to the Public Health Committee that I co-chair, where we rewrote it and added significant new protections, including the right of cities and towns to opt-out of spraying and a Mosquito Control for the 21st Century Task Force, which will propose permanent reform to the state’s system of mosquito control. You can read the bill we approved, as signed into law, here. I want to especially thank the Senate President for her commitment and vision to finding the best path forward to protect public health.

I am also working on comprehensive legislation to ban PFAS in pesticides, as well as food containers, toys, cosmetics, and many other products. The bill will be introduced in January at the start of the next session.

As I said in the Globe, this news is a wake-up call for all of us to demand more protection from exposure to dangerous products and chemicals. Only strong regulations and effective enforcement can protect our environment and push back against these assaults on our health and safety.

Let me know what you think. Send me a note at Jo.Comerford@masenate.gov. 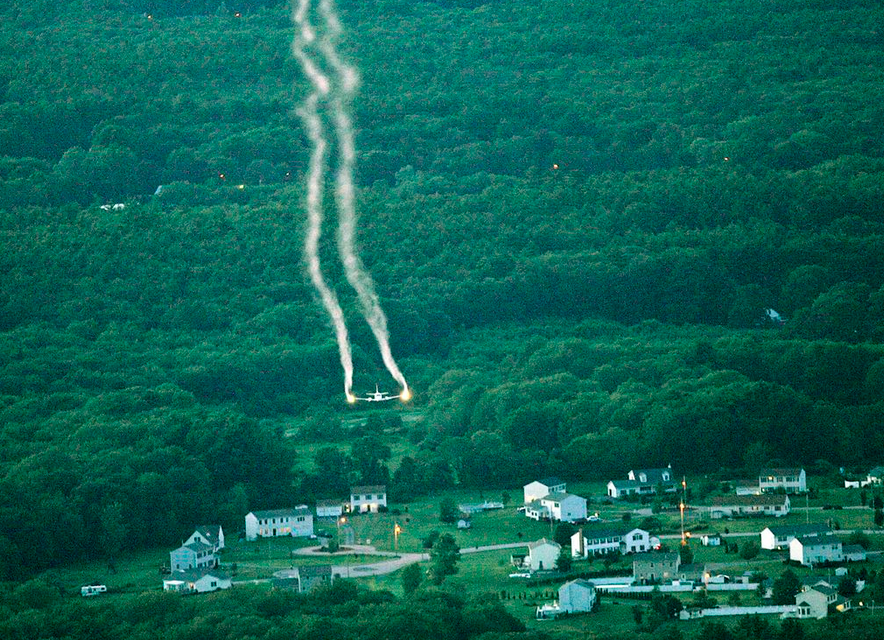 (Photo courtesy of The Boston Globe.) 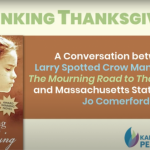 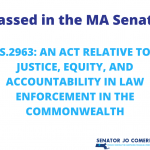 What’s inside: An Act Relative to Justice, Equity, and Accountability in Law Enforcement in the CommonwealthThe People's Blog, Updates from Jo