At that time, our streets were COVID quiet. Today, we hear cries for long, long overdue racial justice. Propelled forward by this urgency, the State Senate is racing to take effective action on police training and accountability, while working to define a racial equity agenda.

I wanted to let you know that the Senate President appointed me to serve on the Senate’s racial justice advisory group , which is helping to define and advance this work. The group has been meeting every day, often for three hours or more, and I am deeply honored to have the opportunity to push for lasting and bold change on behalf of constituents.

The amount of outreach my office has received has been breathtaking. Here is one initial piece I wrote, in response, calling for action. 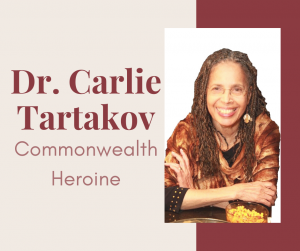 One of the greatest joys of the past weeks has been partnering with Rep. Mindy Domb to recognize and honor the incredible Dr. Carlie Tartakov as a Massachusetts Commission on the Status of Women Commonwealth Heroine. Read about Dr. Tartakov’s seismic impact here.

The legislature’s front-burner is very full as COVID-19 continues its demolition-derby on all aspects of our lives. In the past weeks, the House and Senate have taken up bills creating an equity task-force and addressing COVID-19 data collection, unemployment assistance, municipal town meetings during COVID-19, and an expansion of vote-by-mail. When the Senate debated the vote-by-mail legislation, I added a voting rights amendment, which would permanently lengthen the number of days that people can request ballots. I was very glad to see it pass.

And yesterday, the Senate passed An Act Putting Patients First which permanently ensures gains in telehealth, puts in cost guardrails for patients, and strengthens the health care workforce.

After reading through the legislation with an eye towards rural equity and consumer protection, I offered two amendments, both of which were adopted:

Amendment #37 helps ensure that telehealth will be accessible by all patients, including those in rural districts like ours. It says that when the Health Policy Commission studies how to best implement telehealth, it must look at access to broadband internet and cellular telephone service as potential barriers impacting patients.

Amendment #38 adds another layer of patient protection from surprise billing. Now, if a health care provider fails to notify the patient that they are out-of-network, then the provider can only charge the regular in-network cost. My amendment would end the practice known as “balance billing” and will make sure, once this bill is passed into law, that patients are not penalized with surprise bills when the provider does not live up to their responsibility.

Here’s a brief recording of my remarks during yesterday’s debate.

In recent days I also filed new bills . The first, partnering with Rep. Christine Barber, would pause the practice known as estate recovery in the Commonwealth , and would protect the families of deceased MassHealth patients during the COVID-19 pandemic. The second would put a moratorium on the high-stakes MCAS test in the Commonwealth—because, especially now, the very last thing educators, families, and students should have to consider is a test that has proven to be little more than a reflection of zip code-level inequity and that comes with a $33 million dollar a year price tag. 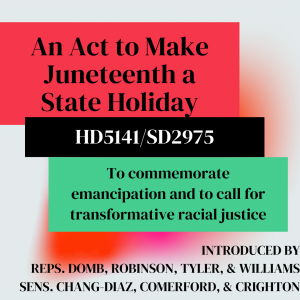 Additionally, urged on by an extraordinary constituent, Amilcar Shabazz, whose powerful call sparked legislative movement, I locked arms with Representatives Bud Williams, Mindy Domb, Chyna Tyler, and Maria Robinson, and Senators Sonia Chang-Diaz and Brendan Crighton, and we co-filed legislation on June 19 to make Juneteenth a state holiday . And just days later, this legislation was re-filed as an amendment to a supplemental budget by Rep. Williams and it passed the House 158-0.

The Senate will take up this supplemental budget next week and there will be an opportunity to re-insert this language into the Senate bill, so you know what Senators Crighton, Chang-Diaz, and I will be working on for the next week.

Also, for weeks, at the request of the Senate President and on behalf of constituents, I’ve been attending weekly calls to watchdog the Baker Administration’s response to the Holyoke Soldiers Home tragedy. The work to rebuild after such wrenching devastation is painstaking. It’s going to cost money and require involved state assistance, as I wrote in a letter to the leadership of Health and Human Services . I promise that I’ll stay with it every step of the way, grateful to the many constituents who are urging me on.

I also wanted to make sure you saw my team’s response to the many inquiries we’ve received regarding Native artifacts and the Northampton roundabout project .

My team and I have also been focused on the work of our Joint Committee on Public Health. The Committee received 433 pieces of legislation this session, and in early June we reported on the final nine bills still needing action, two of which required an outsize amount of work—the End of Life Options Act and the Community Immunity Act. I wrote about that work here.

Some legislation that our committee advanced earlier this session has now come full circle. Legislation banning flavored vape products was signed into law earlier this session and recently took effect, and I’m proud that Massachusetts became the first state in the country to ban menthol cigarettes as well. Cigarette companies have long targeted communities of color for the sale of menthol cigarettes. This is a small but important step in the direction of health equity. The State Action for Public Health Excellence program was also signed into law after having been voted favorably out of Committee, and its requisite funding and assistance for local boards of health is needed now more than ever.

On Monday, Sen. Cindy Friedman and I are conducting a health care reopening listening session featuring five panels of extraordinary experts. Tune in on Monday at 11:00 a.m. by visiting this page . 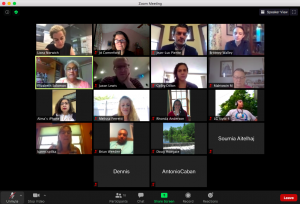 Last week, Sen. Jason Lewis and I facilitated a call with Native and tribal leaders and Senate President Spilka. We had a truly profound conversation about a bill I filed in the Senate to ban Native mascots in the Commonwealth and a bill that Sen. Lewis filed in the Senate to create a commission relative to the state’s flag and seal. Both of these bills were reported favorably out of their initial committees. In this 400th year since the landing at Plymouth, at this racial justice inflection point amid such tragedy, these bills are imperative. More here. 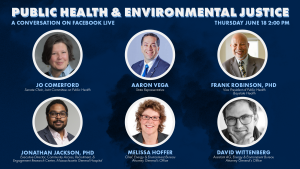 I hosted a Facebook live focusing on public health and environmental justice. Massachusetts Attorney General Maura Healey recently released an astounding brief highlighting the unequal and inequitable impact of COVID-19 in Massachusetts. This brief describes the many ways in which targeted and marginalized communities are disproportionately bearing the brunt of COVID-19 and climate change. See the video and read the report, here. 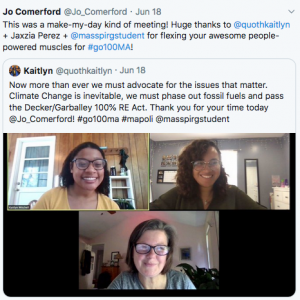 And students from MassPIRG and I met to talk through moving the Commonwealth to 100% renewable energy. 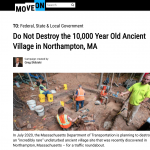 Responding to constituents about artifacts found in NorthamptonThe People's Blog, Updates from Jo 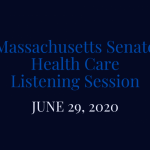