By Jo Comerford
Posted June 1, 2020
In The People's Blog, Updates from Jo
End of Life Options Act & Community Immunity Act pass out of the Joint Committee on Public Health2020-06-012020-12-31https://senatorjocomerford.org/wp-content/uploads/2019/02/senator-jo-comerford-remake-centered-02.pngJo Comerfordhttps://senatorjocomerford.org/wp-content/uploads/2020/06/end-of-life-options-act-and-community-immunity-pass-out-of-the-joint-committee-on-public-health.jpg200px200px
0

I have been honored to serve as Senate Chair of the Joint Committee on Public Health during the 2019-2020 session. Since being appointed to this post by Senate President Karen Spilka back in February of 2019, I have had the opportunity to work, alongside my House and Senate colleagues on the Public Health Committee, on legislation and issues ranging from PFAS, to women’s health, to vaping, to local public health infrastructure, and quite literally hundreds of public health issues in-between.

Most recently, COVID-19 has dominated the state government’s attention and has placed additional demands on the committee’s members, as well as forced the Committee to shift to remote communication and to hold a remote hearing on late-filed legislation. But the gears of the legislature continue to grind, and over the past months the Public Health Committee has continued its work, culminating last week when the Committee approved our final nine bills.

Below I’ve provided a summary of what the bills do and the changes that the Committee made to them. I’ve also summarized the Committee’s process. This included hearings and extensive public input, all of which were critical to strengthening these pieces of legislation as they moved through the committee process.

The public hearings this session were the highlight of my time serving as Senate Chair of the Public Health Committee. The public’s participation was robust. In the hearing rooms, packed with people who had taken time out of their week to travel to the State House and deliver testimony on issues about which they cared deeply, we saw democracy in action.

The Joint Committee on Public Health has received 433 pieces of legislation for review so far this session. Over the course of the 14 months, the Committee held public hearings where each of these 433 bills were considered. For each bill, we reviewed the testimony, analyzed its likely impact, consulted with experts inside and outside the government, and then the Committee voted. Every bill was acted on: either favorably, unfavorably, or recommending a study order. A study order means that the bill is not being moved forward this session by the Committee.

The Committee received more input on the aid in dying and vaccine bills than on any other issues that came before the Committee this session. This input came in the form of calls, emails, meetings, testimony, social media messages, in-person visits and petition drop offs, books sent through the mail, and protests outside the State House steps.

Prior to the public hearings on these bills, I attended as many meetings, conversations, and learning opportunities as possible. I met with wide-ranging stakeholder groups of my constituents, concerned citizens from across the state, experts, parents, children, advocacy organizations, lobbyists, and others. At the end of many of these conversations, I would ask them if they could recommend anyone else for a conversation.

When the Committee held public hearings on these bills, the amount of public participation was awe-inspiring. Both hearings took place in the legislature’s largest hearing room, Gardner Auditorium and both times it was filled to its 600+ person capacity. Each hearing lasted a full day. The hearing on vaccinations began at 1 p.m. in the afternoon and concluded just after 1 a.m. in the morning. People travelled from all around the Commonwealth to deliver three minutes of spoken testimony and to submit their written comments to the Committee.

Finally, the Committee returned to the legislators who had filed these bills. Having gone through a thorough listening and input process, the Committee recommended changes to both pieces of legislation and began working with the lead sponsors to amend the bills. Having redrafted the language of the legislation to reflect the agreed-upon changes, the Committee finally polled amended versions of the End of Life Options Act and the Community Immunity Act for a vote by committee members late last week.

The bills now go to the Clerk of the branch in which they were filed to determine if they will go to the floor or further committee review by the Ways and Means or other committees.

As we anxiously await the development of a vaccine to protect us against COVID-19, we are reminded that vaccines are a potential protection against many serious diseases. Vaccines also protect communities. When enough people are vaccinated against a certain disease, the disease can’t travel as easily from person to person, thus curtailing the spread of that disease. This is especially important because some people cannot get vaccinated for certain diseases, such as people with some serious allergies and those with weakened or failing immune systems (such as people who have cancer, HIV/AIDS, type 1 diabetes, or other health conditions).

The bill improves the Commonwealth’s ability to protect our health by allowing DPH to oversee a uniform process for tracking immunizations and exemptions, relieving individual schools and programs from the burden of managing this process.

The bill does not remove the ability of parents to turn down vaccines for their children for either medical or religious reasons. These exemptions remain in state law. Under the bill:

The Public Health Committee received extensive comments on the bill, both favorable and opposed. The Committee made a number of changes to streamline the bill’s operation and clarify its intent. Among the changes from the original bill were provisions to:

S.1208/H.1926 – An Act Relative to End of Life Options was introduced by Senator Will Brownsberger (D-Belmont) and Representative Louis Kafka (D-Stoughton).

This bill would allow patients with terminal conditions to choose a peaceful death with dignity. At the same time, it establishes a rigorous process for patients and physicians to follow in order to protect potentially vulnerable people from coercion.

The Public Health Committee heard hours of testimony both in support of and in opposition to the bill. We heard harrowing stories from people whose relatives suffered during their last days. Supporters’ testimony emphasized the need to promote autonomy and provide an additional voluntary medical option for terminally-ill people to control the timing and manner of their death. Opponents worried about the possibility of coercion and the risk of discrimination. We also heard religious-based opposition to the bill.

The Committee adopted a number of amendments to strengthen safeguards against undue pressure and assure a voluntary choice. This is the first time in the bill’s history that it has made it out of committee with a favorable report.

The bill prescribes a comprehensive process for patients to access aid in dying medication. All information concerning the process must be documented in the patient’s medical record to create a formal record ensuring that the process has been followed properly.

Capable adult residents of Massachusetts would be able to request aid in dying if they are terminally ill. The patient must make both an oral and written request, at least 15 days apart. The written request must be signed by at least two witnesses who certify that the patient is acting voluntarily and not being coerced. The bill contains safeguards to ensure that at least one witness is not a relative, hospital employee, or someone who would financially benefit from the patient’s death.

At any point in the process, the patient can rescind the request for medication in any manner. A patient’s act of self-administering aid in dying medication would not affect any insurance coverage.

Health care providers could choose whether to participate in providing aid in dying. Their choice or refusal to participate in providing aid in dying would not subject them to criminal or civil liability or professional discipline. If a health care provider is unwilling to participate, they must disclose their policies upon request and transfer requesting patients to new providers. Additionally, physicians must track the requests they receive and grant and report information about patients to the Department of Public Health.

The Public Health Committee made several changes to the bill in response to concerns from diverse stakeholder groups. These include: 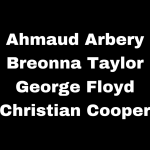