On March 24, the Senate passed a $1.65 billion Fiscal Year 2022 Supplemental Budget. The legislation makes investments in the state’s long-term COVID-19 response; addresses staffing shortages in schools; provides support for home and community-based services, assistance and protections for families experiencing housing and energy insecurity; funds winter road improvements; extends outdoor dining services as well as beer, wine and cocktails to-go, and provides for the resettlement of Ukrainian refugees in Massachusetts. Notably, the bill also would divest the state pension fund from Russian assets in response to the Russian war in Ukraine.

I was proud to secure an amendment to allocate $20 million in stabilizing bridge funding that will save services for survivors of sexual assault and abuse from devastating staff layoffs and program cuts. VOCA (Victims of Crime Act) funding in Massachusetts, administered by the Massachusetts Office of Victim Assistance (MOVA), is the only funding source available for services for all victims of crime.

Without a temporary state investment to supplement reduced VOCA awards, services to approximately 100,000 victims annually are at risk, including those in our most underserved communities who have been grappling with the disproportionate impact of COVID-19 and massively increasing strife and stressors. We need culturally-specific programming that values diversity, understands racial inequalities, and provides services and supports to meet the unique needs of each community.

The bill makes significant investments in the following categories:

To mitigate the spread of COVID-19 and ensure robust preparation in the event of a future variant outbreak, the bill invests $700 million for the state’s COVID-19 response. This funding would ensure the continued no-cost availability of crucial services offered to residents during the pandemic, including on-site testing, vaccinations, and treatment, as well as public health staffing needs resulting from COVID-19.

To further protect families facing housing challenges, the supplemental budget extends through March 2023 several protections for tenants experiencing COVID-19-related financial hardship, including extending the requirement that a court grant a continuance in an eviction case for nonpayment of rent when the tenant has a pending rental assistance application.

Responding to Russia’s Invasion of Ukraine

The supplemental budget responds to the Russian Federation’s February 2022 invasion of Ukraine and the subsequent violence against Ukrainian civilians. An amendment unanimously adopted on the floor of the Senate requires the Commonwealth’s Pension Reserves Investment Management (PRIM) Board to divest any holdings from companies officially sanctioned by the Biden administration or incorporated in Russia. The supplemental budget also allocates $10 million for the Office of Immigrants and Refugees to support the resettlement of international evacuees, including Ukrainian evacuees.

The supplemental budget includes several provisions relating to housing stability and support for individuals currently experiencing or near homelessness. The Senate proposal includes $100 million for the Residential Assistance for Families in Transition (RAFT) program which provides eligible families with funds that they can use to keep their housing or obtain new housing. One amendment added to the budget on the Senate floor would increase the cap of the RAFT program to $10,000 for the remainder of the fiscal year. Another amendment clarifies existing law to ensure that in all eviction cases where the only valid reason for the eviction is nonpayment of rent, that the tenant has access to protections. The supplemental budget also dedicates $20 million to the Low-Income Home Energy Assistance Program (LIHEAP), which provides crucial assistance to families facing high utility bills. To increase oversight, the bill also directs the department of housing and community development to make detailed quarterly reports on the state’s eviction diversion initiative.

The bill allocates $346 million in federal American Rescue Plan funding for Home- and Community-Based Services (HCBS) resources to ensure that eligible Medicaid users throughout the Commonwealth are able to receive health care and medical services in their own homes or local communities.  Alongside this investment, the bill also appropriates $55 million in state resources to support reimbursement rates for human and social service providers that have also been doing crucial work during the pandemic. To address the crisis of mental health care, the bill also dedicates $10 million to suicide prevention and intervention services, focused on staffing and other resources at crisis centers, and the establishment of a statewide 988 suicide prevention hotline.

An amendment adopted to the supplemental budget allocates $24 million of the state’s American Rescue Plan Act (ARPA) funds specifically for the creation of new behavioral health and substance use disorder treatment beds.

In response to reports of staffing shortages in public schools, the supplemental budget includes a provision authorizing the Commissioner of Elementary and Secondary Education to issue emergency educator licenses until 180 days after the end of the public health emergency. For private special education schools operating under Chapter 766, the budget allocates $140 million to fill immediate staffing needs. 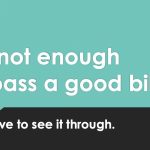 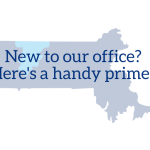 New to our office? Here’s a handy primer:The People's Blog