Thirty-one thousand Stop and Shop workers from over 240 stores in Massachusetts, Connecticut, and Rhode Island decided to strike on Thursday April 11. This massive worker protest comes in response to months of negotiations with Stop and Shop in which the company has refused to back down from proposals attempting to cut workers’ health care, take home pay, and retirement benefits.

Stop and Shop says it offered a wage increase, but $.30 in hourly wages for a part-time worker would not offset the cuts it has proposed such as:

Many workers live from paycheck to paycheck and by walking off risk missing mortgage, rent and car payments. They are doing this so that their future and that of others’ will improve.

I am proud to stand in solidarity with these workers, fighting for just working conditions for themselves and their communities and I know when unions win, the entire community wins. 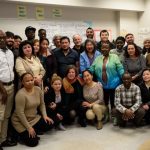 100 days: Some of my favorite votes, what our team has accomplished, and highlights in photosThe People's Blog 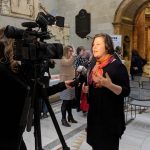