Wednesday is World Food Day, an opportunity to celebrate Massachusetts’ food system — from our fertile farmland, to innovative farmers and entrepreneurs growing and cooking delicious food, to an active network of programs and organizations working to alleviate hunger and improve public health through healthy eating. At the top of that list is a program that has earned national attention distributing more nutritious food to families for whom current food assistance does not provide enough to be able to afford fresh fruits and vegetables.

Massachusetts’ Healthy Incentives Program doubles purchases of local food by SNAP (Supplemental Nutrition Assistance Program) recipients when they buy it directly from farmers markets, farm stands, mobile markets, and community-supported agriculture shares. Launched in 2017, the program has served more than 65,000 households, which have bought more than $12 million in produce through the program. Local farmers have used that additional $12 million in sales revenue to create jobs, purchase local goods and services, and carefully steward thousands of acres of farmland.

HIP’s success is a major priority for the Legislature’s 78-member Food System Caucus. Formed in January, the bipartisan, bicameral caucus was established to support and grow the local food system in the Commonwealth. The caucus chose HIP as a priority because it demonstrates the connections between public health, local food, food access, the local economy, and the environment, and proves that public investments in comprehensive programs can have far-reaching impacts.

Yet each spring since its launch, HIP has been suspended for several months when demand has exceeded funding. These suspensions have undermined the effectiveness of the program. For families, it has meant inconsistent availability of healthy food, a setback for those who are using the program to improve their health. For farmers, who plan their crops based on projected sales, the suspensions have meant significant financial stress due to lost sales.

Growing and eating healthy food are not seasonal. Winter farmers markets have been established all over the state, with some farmers selling storage crops like apples and squash, and others using greenhouses to grow greens, vegetable plants, and other crops year-round. And as one HIP customer said at a recent public health hearing, “Low-income people . . . don’t hibernate. We need to eat all four seasons.”

This year the Legislature once again showed tremendous bipartisan and bicameral support for HIP during the budget debate. But even with the increase in funding, the program will be suspended again this spring unless additional funding is secured in an upcoming supplemental budget. The caucus will remain steadfast in our advocacy and urge our colleagues and the administration to close the funding gap.

In 2015, the Massachusetts Food Policy Council accepted the Massachusetts Local Food Action Plan, a set of goals and recommendations for a sustainable and equitable food system. Support for HIP was called out as a top priority in that it addresses the plan’s four main goals: increase consumption of local food, create economic opportunity in the food system, help farmers protect the environment, and reduce hunger and food insecurity by increasing the availability of healthy food to all residents. The plan stressed the need for collaborative action toward these goals, which is exemplified in HIP’s partnerships.

Massachusetts has been a national leader in supporting healthy food access and sustainable agriculture for decades. Our 1986 program that provided coupons for Special Supplemental Nutrition Program for Women, Infants, and Children food assistance recipients to use at farmers markets was the first of its kind in the United States, as was the 1977 Agricultural Preservation Restriction program, which helps keep farms in business by permanently protecting farmland. HIP is the latest in a long line of innovative and successful investments in a sustainable and equitable food system for the Commonwealth, and it deserves to be funded adequately to fulfill its mission.

Read this column in the Boston Globe 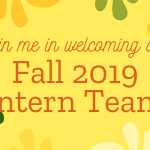