As part of my commitment to equity and opportunity in education, I introduced legislation to amend state law requiring the MCAS test to be used as a high school graduation requirement and as the sole instrument for assessing teachers and schools. Last Sunday, The Boston Globe published an editorial attacking the bill. The editorial, ironically titled The Massachusetts Teachers Association’s misleading anti-MCAS effort is itself dangerously misleading in five ways:

#1 Although the Globe editorial misleads readers to believe my bill would prevent any form of standardized assessment, the legislation I filed, S.293, titled An Act expanding opportunities to demonstrate academic achievement, simply allows for other options in addition to a standardized test for satisfying what’s called the “competency requirement,” which must be met in order to graduate. In addition, the bill sets up a community-based pilot process for exploring methods of school and teacher evaluation that take into consideration the resources needed in schools and students’ emotional and physical health; opportunities for civics, creative expression; and more.

#2 The Globe says that educators were more concerned with getting the MCAS out of their classrooms than getting their students back into them. I don’t know how or why the Globe would make such a debasing generalization. The many, many educators I represent have raised concerns about putting their students’ futures on the back of a single test for many years. And now, they are particularly objecting to administering the test mere weeks after students return to them in-person — many having endured the trauma and learning loss of the COVID pandemic. The teachers simply want to rebuild trust, recoup lost learning, infuse a little love of learning, and deal directly and responsibly with social and emotional challenges. They did not believe it was wise to wedge their students into stressful testing (even reduced in length) after months and months of stressful living. Teachers have also been especially cognizant that the test results will likely not be available until late fall and many of these same students may have the opportunity to attend summer school which could change their trajectory, rendering the test scores moot.

#3 Unfortunately, the Globe conflates two separate issues: standardized assessment and competency determination. It neglects to mention that federal law requires every state to conduct an assessment and implement uniform achievement standards. We cannot change that in the Commonwealth. But while Massachusetts must administer a standardized student assessment per federal law, it does not have to be a so-called “high-stakes” exam — a prerequisite for graduation. Competency determination is a requirement for graduation. But, competency can be determined by assessing a range of other factors. Indeed, only 11 states in the nation currently tie the awarding of a diploma to such an exam like the MCAS. The National Research Council (NRC) of the National Academy of Sciences puts a fine point on this issue: “An educational decision that will have a major impact on a test taker should not be made solely or automatically on the basis of a single test score.” In addition to correlating with increased dropout rates, high-stakes tests that deny high school diplomas to students have long-term potential negative economic and social consequences for students. In the Commonwealth, students living in low-income households, special education students, students of color, and English learners are disproportionately denied diplomas.

#4 Equally galling is the Globe’s accusation that those who want to re-think MCAS are dodging accountability. The editorial says that before the MCAS graduation test, there were students graduating without basic skills. There’s some truth to that. But there is no evidence that MCAS has led to universal improvement in student academic performance when it comes to the very cohorts enumerated above. For example, from 2009 to 2019 the already large test score gap between special education students and their general education peers actually increased by 10 points, from a gap of 31 to a gap of 41 points, on the 8th grade National Assessment for Educational Progress (NAEP) test. Put another way, Massachusetts special education students performed worse than their peers during a period when the MCAS was administered. On this topic, the Globe is impervious to the facts. One only has to look at the data to see that the test, which purports to be the savior of the most vulnerable students in the Commonwealth, has not only failed to raise them to the academic performance of their peers, but in some cases, has painfully demonstrated that they are worse off than they were before the test. To this point, the Globe does not offer a single data point since 1993. What good is critique if it’s not grounded in real-time data? What good is a tool if it doesn’t work to improve the thing it was created to fix?

#5 The Globe says that we need the MCAS to continue to pay attention to systemic inequities. And of all the assertions the paper makes, this is the biggest doozy. Who is the Globe speaking to here? Certainly not the parents and caregivers who stare at the ceiling night after night worrying about their children’s future. They don’t need this test to help them pay attention.

But then, toward the end of the editorial, after readers wade through inaccuracies, the Globe begrudgingly admits that the MCAS should be “periodically re-examined.” Even the Globe suggests that it’s “worth considering complementary measures of student performance.”

And here, I agree — that’s what my bill says. The 1993 education reform law which instituted the MCAS test came about only after the Commonwealth was sued for not living up to its constitutional responsibility to educate our children. Poverty, food insecurity, the lack of affordable housing and good jobs, the absence of universal pre-K, unhealthy school buildings, and so much more remain to be addressed as the root causes of what harms student performance.

We must join together as a Commonwealth that values the public education of our children and consider how we want to measure — and therefore together drive toward — equitable educational excellence in the 21st Century. Addressing the root causes of what holds us back as a Commonwealth is the greatest challenge of our time. It’s how we build back better, stronger, more equitably after COVID.

And in setting these uniform goals, let us once and for all hold each other accountable for ensuring all of our children can and will meet these goals, these ideals, these standards in the service of what lies ahead. 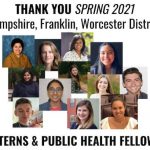 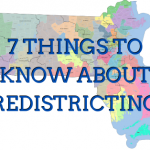 7 things to know about redistrictingNewsletters, The People's Blog, Updates from Jo