People sometimes ask me to point to a moment in my life that set me on a path to public office. The following is one of those moments.

In the early 1970s, the doorbell rang in a sprawling Sisters of St. Joseph convent in the Brooklyn Heights neighborhood of New York City. My sister and I were there visiting our Aunt Joan as we often did growing up. In those days the game was to see who could get to the door first — racing down back stairways, zigzagging through a labyrinth of rooms, provoking calls of caution from nuns.

My sister was usually much faster. But on this particular day, I made it to the door first and threw it open to see a woman holding the hands of her two children. I was tall for my age, so she and I were nearly eye to eye and likely alone for just seconds before my sister caught up and the nuns swooped in.

In the years that followed, the nuns continued organizing for sentencing reform and racial justice, launching Providence House as a place that offered post-incarceration support. I returned again and again to those seconds, face to face with the woman and her children, and reflected on my unearned race and class privilege.

Then, in my final year at Hunter College School of Social Work, I secured an internship at JusticeWorks Community helping to lead Mothers in Prison, Children in Crisis, a national campaign, centered around Mother’s Day, to establish alternatives to incarceration for women, with a focus on the impact of mass incarceration on women and their children. This was my first work in western Massachusetts.

Fast forward to the beginning of this legislative session when Families for Justice as Healing (FJAS) requested that I file a bill to establish a five-year moratorium on the construction of new prisons and jails in the commonwealth, in partnership with Rep. Chynah Tyler. This legislation (now S. 2030) effectively blocks the proposed construction of a new women’s prison in the state.

A recent Boston Globe article shared a long-understood reality, “Research shows that women who are incarcerated face an array of challenges before arriving in prison: The vast majority are poor and incarcerated for nonviolent drug or property crimes … Most have experienced physical or sexual violence.”

As of January 2020, just under 300 women were incarcerated by the Massachusetts Department of Corrections, continuing a significant downward trend since 2011, after a spike in mass incarceration that began in the 1980s. (These numbers continued a downward trend throughout 2020.) Currently, the commonwealth has the lowest rate of incarceration per 100,000 women in the nation.

The women incarcerated are disproportionately of color, the vast majority have mental health issues, and nearly one-third face a risk of returning to prison after release.

Couple these understandings with the fact that it costs over $117,000 to incarcerate one woman annually at MCI Framingham, the women’s prison at the center of the struggle around a new prison, and the pressing and timely questions become evident.

Why build a new women’s prison for an estimated $50 million when incarceration rates have dropped by 29% overall since 2011? Why has Massachusetts spending on prisons increased by approximately 25% as census numbers drop?

Why not invest instead in alternatives to incarceration, with study after study unearthing the benefits of these practices? And why not invest in post-incarceration services to help break the cycle of incarceration by ensuring housing and food security immediately after a person’s release? Shouldn’t this proposed investment be reconsidered in the context of the data which shows, quite starkly, that women, and especially women of color, have lost jobs during the pandemic at disproportionate rates? Why not invest funds into targeted job training and universally free, good quality child care?

As we approach a post-COVID world, where brutal inequities along race and class lines have been exposed for all to see, why not invest first and foremost in initiatives that would address the root causes of incarceration and further decrease the number of women and their families caught in a debilitating spiral?

These are the questions that Families for Justice as Healing organizers are asking as they lead us forward, calling us all to block construction of a new prison and, instead, invest funds in public pre-K through higher education, job training, health care, public transportation, and more. Much more close to home, these are the demands that Lois Ahrens at the Real Cost of Prisons Project and many other prison advocates have been issuing for decades.

For me, worlds have collided. An experience has come full circle to propel me into this work with the urgency of an unspoken, unfulfilled promise I made as I opened that convent door. 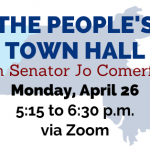