Here’s an open letter from me to the good people of Bernardston who are gathering tomorrow night to vote on whether to endorse a piece of legislation to change the state seal:

Thank you to the Bernardston Town Meeting for giving me the opportunity to speak to you in support of the resolution you are considering this evening regarding the Massachusetts state seal. Thank you to Rawn Fulton for reading this statement in my absence.

As you know, the Massachusetts seal features a white hand holding a Colonial broadsword over the head of a Native American man, with the Latin motto beneath commonly translated: “By the sword we seek peace….”

This is the image our state holds up to the nation as the symbol that best represents us. With regard to the people who live within our Commonwealth’s borders, we know that the state flag is placed prominently on auditorium stages in all of our public schools, where both Native American children and children of all races must grapple with it. Every voter guide, every state police vehicle, every official letter from state bureaucrats—like me—to their constituents bears this symbol. And on and on.

I have been in many gatherings where people have pointed fingers to our neighbors in the South and their Confederate symbols and yet we in Massachusetts carry a symbol that embodies the subjugation of Native Americans through violence.

Resolutions in support of changing the state flag and seal —filed in the Senate by Jason Lewis, which I co-sponsored—have been approved already in 20 of the 24 cities/towns in my Senate district, including: Amherst, Colrain, Erving, Gill, Greenfield, Hadley, Leverett, Leyden, Montague, Northfield, Pelham, Royalston, Shutesbury, Sunderland, New Salem, Northampton, Orange, Warwick, Whately, and Wendell.

And momentum is also growing in the State House with nearly 40 state legislators now co-sponsoring H.2776 and S.1877 – A Resolve to Establish a Special Commission Relative to the Seal and Motto of the Commonwealth.

This is an issue about which I care deeply—with personal roots for me going back to my days as an organizer with the American Friends Service Committee and a state-wide walk I helped organize in partnership with the Leverett Peace Pagoda.

Next year—2020—is the 400th anniversary of the Pilgrim landing, when the Wampanoag first welcomed European settlers to their shores and helped them to survive the first harsh winters on their lands. As we approach this important anniversary, we have the opportunity to consider and tell the truth about our history and come together as one to say: It is time to change the Massachusetts flag and seal and create a new official state symbol that reflects the mutual respect and connection we want between all people who share the Commonwealth today.

In the common awareness of the truths of our past, in the hope of peace and justice in the years to come, we must account for the message conveyed by the official symbols of our state and create a symbol that represents our best selves and the values of our state.

Even though I already support this legislation, should you choose to pass it, your vote would be a powerful mandate I can share proudly with the House and Senate colleagues and leadership as a profound call to action and accountability.

Thank you for your service. 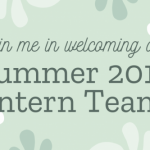 A View from the Hill: Providers have earned our support; here’s what’s neededOp-Eds & Columns, Updates from Jo