There are many memorable experiences that come during a first term in the Legislature. I won’t soon forget being sworn in and I expect I’ll long remember my first vote.

However I can imagine nothing having as big an early impact as the first district meeting I had with House colleagues and a table full of human service agency heads whose essential work helps meet the needs of and create opportunities for people living with disabilities.

I wish I could say the most memorable part of this meeting was hearing a success story regarding efforts to help a program participant find work or about the fulfillment these directors and their teams derive from their work.

While I heard both, unfortunately what sticks with me is the level of alarm that each organization head spoke to regarding the fiscal turmoil they’re currently experiencing as they implement mandates on top of budgets already strapped for cash.

For example, the Employer Medical Assistance Contribution – an assessment employers are required to pay if any of their employees are covered through MassHealth – has made thin budget margins thinner still. And, as the $15 minimum wage and Paid Family and Medical Leave law are implemented – both of which these agency heads support, as do I – they don’t know how they’ll make ends meet absent some relief.

The Legislature passed a law in 2008, in part to guard against this type of situation. It’s referred to as Chapter 257. One of the key goals of Chapter 257 is to ensure the state pays fair market wages for human services programs, and that rates cover the true costs of providing services, including any new governmental mandates. It requires that the Executive Office of Health and Human Services establish contracts with human service agencies and provide reasonable and adequate rates. It also requires that those rates be updated biennially.

Believing the state did not live up to the promise of this law, human service providers sued the state in 2014. And since then, progress on getting the state to comply with Chapter 257 has been slow but steady. From 2015 to 2017, State Auditor Suzanne Bump reviewed certain aspects of the implementation of Chapter 257 and found that the Executive Office of Health and Human Services should establish written policies and procedures regarding the rate-setting process for programs.

For my part, as a social worker who moved to western Massachusetts for a position in a regional human service agency after receiving my MSW, I knew I had to prioritize this work. That’s why I partnered with the Providers’ Council to organize a summit in Northampton to listen more deeply to and strategize around legislative solutions to the issues faced by human service providers in my district. House colleagues and I also met with EOHHS Secretary Marylou Sudders to understand what she and her team are doing to implement and strengthen Chapter 257’s mandates.

Secretary Sudders has a firm commitment to implementing new rates in accordance with Chapter 257 and I came away from our meeting feeling heartened. The Secretary and her team are waist-deep in rate reviews for young adult support providers, independent living communities and services, sexual and domestic violence providers, and many other providers as of this summer. Rate reviews will also be completed for many elder care workers, housing support workers, disability services workers, followed by developmental and support service providers at the start of 2020.

Once those rate reviews are complete, it will be up to the Legislature to fund the rate increases. With hundreds of thousands of human service providers, these rate increases amount to hundreds of millions dollars in the Health and Human Services budget. The Commonwealth would be in a better position to pay for these rate increases had we not cut taxes more significantly than all but two states since 1977, and I intend to push for new revenue so that the state can afford to pay for the services we need.

But higher rates alone will not solve this problem. The Legislature must also address the myriad and intersecting issues provider organizations are facing. My colleagues and I have proposed a number of provider loan repayment program bills, and passing these would be a good start.

But we must also identify and address worker skills gaps, create better career paths for our service providers, hammer out rate parity and provide better employee benefits so that community service providers do not continue to experience such high employee turnover rates. I’m grateful to the many colleagues who have led on these issues and more for years, knowing that we in the Legislature cannot continue asking providers to support our communities without first doing our part to support providers.

Read this article as a PDF 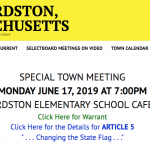 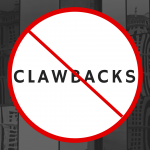