On Friday, September 6, Governor Baker filed what’s called a ‘supplemental budget” or a “close out supp.” Here it is: https://malegislature.gov/Bills/191/H4067.

You might be thinking, “What? Didn’t you people just do a budget?!” And the answer would be, “Yes. We did.” But the Governor can and often does file supplemental budgets which are supposed to close fiscal gaps and attend to lose ends between budgets. And the last one of the year is often often the most sweeping.

This supplemental does that and then some as Gov. Baker is also addressing policy changes.

Here are a few things of interest:

The Governor also reiterated his support for hemp production on preserved land (that’s good) and indicates his hope that the state would lower the income tax rate to 5 percent from 5.05 percent, without waiting requisite tests (that’s not good).

There is so much more and our team is digging in mightily with an eye toward what works (and what doesn’t work) for western Massachusetts—as well as what we’ll take up on behalf of the Hampshire, Franklin, Worcester district. 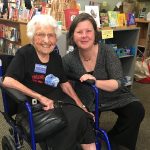 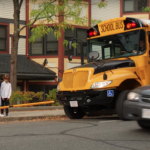 Working for you and alongside youThe People's Blog