First off, heartfelt congratulations to all of the UMass students who are graduating today. Your achievement is worthy of huge cheers from us all.

I ran for the Senate to fight for public education.

I believe strongly in the extraordinary value and mission of UMass Amherst, Greenfield Community College, and the other institutions of public higher education in the Commonwealth.

That’s why the very first bill I filed was the CHERISH Act, which if passed, would phase in an increase of $500 million over 5 years to the Commonwealth’s public universities and community colleges which would recoup the 32% per student cut these institutions have seen on average since 2001.

At the same time as I work to secure more funding for public higher education, I am concerned with rising student debt. Massachusetts’ public university students graduate with the 10th highest student loan debt in the country, which is why the CHERISH Act also calls for a freeze on tuition and fees for five years as it instructs the state to reinvest in public higher education.

On Tuesday the Senate Ways and Means budget was released, which funds the UMass system level with what the Governor proposed, and also mandates that UMass not raise tuition or fees this year. At that level of funding and absent the ability of UMass to raise tuition and fees, the university has indicated that it would need to cut services, and possibly do faculty and staff layoffs as well. This, of course, is extremely painful.

I’m grateful to the Senate President and to the Chair of Senate Ways and Means, both of whom have taken the time to open a dialogue with me about my concerns. They listened as I spoke about UMass Amherst’s importance to the region as a job creator and an economic engine, as well the incredible educational opportunities it provides for my constituents–and students from across the Commonwealth. I also spoke about the need for more state investment in public higher education.

It’s important to understand that this budget proposal has not yet been debated by the full Senate. That will happen beginning the week of May 20. And after the Senate finalizes its budget, it will go to a conference committee to be reconciled with the House budget, before the legislature sends its final budget proposal to the Governor. This is all to say that we have a great deal of ground to cover together in the next weeks.

I am hearing from constituents, UMass faculty and staff, and people all throughout my district about this budget proposal. Please know education funding remains a top priority for me and my team today and every day going forward. It is my honor to be the strongest possible advocate for our schools.

The very best email to reach me is my Senate one, which I check personally and respond from all day (every day): jo.comerford@masenate.gov. 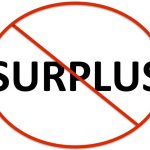 Why is ‘surplus’ akin to profanity?The People's Blog 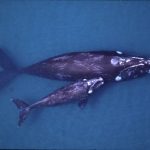