Early on Tuesday morning (like, 4:30 AM early) the State Senate passed S.2800, known as the Reform, Shift + Build Act, by a vote of 30 – 7. The comprehensive bill is designed to increase police accountability, shift the role of law enforcement away from surveillance and punishment, and begin to dismantle systemic racism.

The Senate’s debate on this bill actually began last Thursday morning, but after Republican members of the Senate used a procedural motion to block debate on Thursday, Friday, and Saturday, the Senate successfully debated the bill for almost 18 hours on Monday and into Tuesday morning.

I was pleased to be appointed by the Senate President to the Senate task force that worked over the past weeks to build this legislation.

So what’s actually in the Reform, Shift + Build Act?

The Reform, Shift + Build Act strengthens the use of force standards in a number of ways. It bans chokeholds and other deadly uses of force except in cases of imminent harm. The bill also requires the use of de-escalation tactics when feasible; creates a duty to intervene for officers who witness abuse of force; limits qualified immunity defense for officers whose conduct violates the law; and expands and strengthens police training in de-escalation, racism and intervention tactics.

In a civil liberties win, the bill also imposes a moratorium on the use of facial surveillance technology by government entities while a commission studies its use, and also creates a task force to study the use of body and dashboard cameras by law enforcement agencies.

To shift the balance of law enforcement techniques away from force and punishment, the bill seeks to demilitarize the police force by requiring transparency and civilian authorization for military equipment acquisitions.

The POSAC will receive all misconduct complaints, investigate complaints involving serious misconduct, and maintain a disclosure database. It will also prohibit non disclosure agreements in police misconduct settlements and establish a commission to recommend a correctional officer certification, training, and decertification framework.

Justice Reinvestment, Systemic Racism and the School to Prison Pipeline

The bill addresses the school-to-prison pipeline by making school resource officers optional at the discretion of the superintendent and preventing school districts from sharing students’ personal information with police except for investigation of a crime or to stop imminent harm. The bill also expands access to record expungement for young people – it would allow individuals with more than one charge on their juvenile record to qualify for expungement.

The bill establishes the Strong Communities and Justice Reinvestment Workforce Development Fund to shift funding from policing and corrections towards community investment. Controlled by community members and community development professionals, the fund will make competitive grants to drive economic opportunities in communities most impacted by excessive policing and mass incarceration.

Finally, the bill seeks to begin dismantling systemic racism by banning racial profiling, requiring racial data collection for all police stops and requiring reporting and analysis. It also introduces a police training requirement on the history of slavery, lynching and racism, and creates a permanent African American Commission. A primary purpose of the commission will be to advise the legislature and executive agencies on policies and practices that will ensure equity for, and address the impact of, discrimination against African Americans.

The Senate adopted a number of amendments to strengthen the bill. One establishes a Latinx Commission, based on the existing Asian-American Commission and the African American Commission created in the bill, to bring more underrepresented voices to the table and ensure equity in policy making. Another prohibits decertified law enforcement officers from becoming corrections officers, while a further amendment eliminates statutory language offensive to the LGBTQ+ community.

One notable amendment creates a Commission on Structural Racism, which seeks to map out the systems impacting the Department of Corrections (DOC) mission using a structural racism lens. This commission will propose programming and policy shifts and identify legislative or agency barriers to promoting the optimal operation of the DOC. It also creates a roadmap for the legislature to establish a permanent publicly-funded entity to continue this work.

A Deeper Look at Qualified Immunity

In response to national and state-level calls for change, the bill clarifies and rebalances the understanding of a qualified immunity defense. Under the legislation, the concept of qualified immunity will remain, as long as a public official, including law enforcement, is acting in accordance with the law. The bill also makes clear that nothing in this bill impacts or limits existing indemnification protections for public officials.

In Massachusetts, if an officer violates your constitutional rights, you can sue them under the Massachusetts Civil Rights Act. (There is also a federal counterpart, known as Section 1983.)

But your case may not get very far, because police officers are often protected by qualified immunity.

Qualified immunity is a legal defense that protects public officials. It makes officials, like police officers, partially immune from lawsuits from the citizens they serve. The original intent was to weed out frivolous lawsuits that would make it difficult for officials to do their jobs. But over time, the doctrine of qualified immunity has been extended too far.

Our courts have decided that officials are immune unless their conduct was “clearly established” as unconstitutional. For conduct to be a “clearly established” civil rights violation, a court must have decided that the particular conduct, in a particular context, would violate the Constitution or other laws. In practice, that means that a victim must find a previous court case that is almost identical to their own.

So, for example, if a police officer violates a person’s Constitutional rights, a case could only proceed if there was a court case that had already been decided, with the same or similar facts and circumstances, that said it was unreasonable to violate that specific civil right in that specific way. But, if there was no previous case with the same, or very similar, facts and circumstances, then a new case cannot move forward.

Qualified immunity creates a constitutional catch-22. The court doesn’t decide whether a new violation is unconstitutional, because there is no previous case with similar facts. Accordingly, new violations don’t become “clearly established.” And repeated violations can go unchecked.

But this bill will help allow courts to decide these cases. We can keep civil rights law moving forward. Repealing or reforming qualified immunity is a necessary step in that journey.

What Did This Bill Do On Qualified Immunity?

Both federal courts and Massachusetts courts use qualified immunity. So while my colleagues, U.S. Senators Warren and Markey, have introduced legislation to end qualified immunity at the federal level, my team has been working in parallel here in the state senate’s Reform, Shift + Build Act.

Section 10 of this legislation narrows the cases where police officers and other public officials can claim immunity. It says that qualified immunity will only apply when “no reasonable defendant could have had reason to believe that such conduct would violate the law.”

Our current standard would only let a case move forward if a court had “clearly established” the conduct as unlawful. But under Section 10, a case could now move forward if a reasonable public official would believe the conduct was unlawful. The key difference: instead of only penalizing specific conduct that courts announce as unconstitutional, we can now respect the good judgment and training of a reasonable police officer.

Qualified immunity should guard public officials in the course of their duty, but not at the expense of excusing behavior that we would all recognize as illegal or unconstitutional. Protecting our civil rights is a vital part of our constitutional legacy. This is part of our heritage in Massachusetts, where the American revolution began. We must not lose sight of this truth. 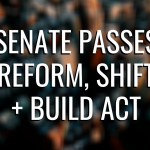 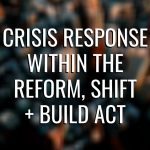