There has been a great deal of real and serious concern raised about a bill I cosponsored, S. 826, titled, An Act to reduce mass incarceration. The bill would direct that:

This is an acutely painful issue. I acknowledge the strong convictions and emotions it raises.

I co-sponsored the bill initially because constituents brought it to my attention and because I felt there were strong policy reasons to bring it before the legislature for a hearing and consideration.

I acknowledge here (and I’ve shared publicly prior to this moment) that initially I did not think the bill through–fully–from the victims’ family perspective. That’s the work I’ve been engaged most recently.

In July I was contacted by the families of Tom Harty and Joanna Fisher, who asked that I remove myself as a co-sponsor from the bill. After hearing their concerns, I agreed to reflect on the bill and speak with the Senate author. In making decisions about co-sponsorship, I try to meet and discuss with stakeholders who have varying viewpoints so that I can consider the issue from all sides before making a decision. I have let the Fisher family know the steps in my decision making process with full transparency. I understand that my timeline does not match with the family’s timeline.

Here are some final important things to know:

I’m also meeting with advocates for and against the bill and will continue to find a way forward. The bill would need to have a hearing in the Judiciary Committee before it could advance out of the Committee. 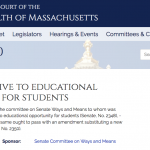 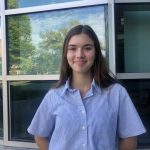