By Jo Comerford
Posted July 29, 2022
In The People's Blog
Never Again: the Legislature’s Overhaul of the Holyoke and Chelsea Soldiers Homes2022-07-292023-01-24https://senatorjocomerford.org/wp-content/uploads/2022/06/jo-web-header-v2.pngJo Comerfordhttps://senatorjocomerford.org/wp-content/uploads/2022/07/website-featured-image-for-optimal-fb-sharing-55.png200px200px
0

Yesterday, in the final days of the legislative session, the House and Senate both passed legislation that makes key reforms to the governance structure of the state’s veterans’ homes. The bill requires that both homes are federally licensed as health care facilities, moves the Department of Veterans Services out from within the Executive Office of Health and Human Services, and creates independent oversight and accountability of veterans’ homes management. The tragic deaths at the Holyoke Soldiers Home during the COVID-19 pandemic can never be reversed, but I am heartened that the legislature took major steps in this bill to ensure that such a tragedy will never happen again. Never again.

When this bill was debated, the Senate accepted an amendment I filed to strengthen quality oversight of our Soldiers Homes. Previously these homes were not required to also be licensed as health care facilities. The amendment I filed requires Soldiers’ Homes to be licensed under strict Department of Public Health (DPH) standards for skilled nursing facilities. DPH standards for skilled nursing facilities include requirements such as fire safety, food quality, record keeping, lighting, ventilation, and many more, enforced by regular inspections.

I offered the amendment in partnership with two western Massachusetts leaders on veterans issues, John Paradis, a retired U.S. Air Force lieutenant colonel, who lives in Florence and works tirelessly on behalf of veterans, and Steven Connor, Director of Central Hampshire Veterans Services. I am pleased to report that the provision was accepted by the Conference Committee and included in the final bill.

The legislation also creates a direct line of authority by creating a Secretary of Veterans’ Services position, with a corresponding executive office in the Commonwealth, as the ultimate appointing authority of the superintendents of the two state-operated homes. The Secretary must be a veteran. It also creates a newly constituted 19-member Veterans’ Homes Council to advise the Secretary and to ensure the health and well-being of veteran residents. The council is tasked with reviewing and approving the local Board of Trustees’ nomination for superintendent of their respective home before submitting the final candidate to the Secretary for consideration of appointment. The Board of Trustees of each home is tasked with representing the local community, residents, and family members of the residents of the homes.

The legislation also makes the superintendent the administrative head of a state-operated veterans’ home, prescribing them with concrete responsibilities. It also required that the superintendents be licensed nursing home administrators, and be veterans or have experience in the management of veterans in a long-term care or nursing home facility. The medical director of each state-operated veterans’ home will recommend to the superintendent all medical staff, physicians, and nurses at the respective home for their review for hiring.

To further protect the health and safety of residents and staff, the bill directs DPH to conduct inspections of the homes biannually—and monthly during a declared state of emergency—with a timeframe for when violations must be resolved. Additionally, the bill requires each state-operated veterans’ home to apply and maintain certification from the Centers for Medicare and Medicaid Services (CMS) to participate in such programs on behalf of their residents, as well as adhere to federal guidelines for trauma-informed care.

The comprehensive bill also reaffirms the role of the Executive Director of Veterans’ Homes and Housing, who will now oversee the Veterans’ Home Council as chair, in addition to their other responsibilities. The bill also creates an Office of the Veteran Advocate, appointed by the Governor, Attorney General and State Auditor, independent of any supervision control by an executive agency, to guarantee veterans residing in the state are always receiving services in a humane and dignified manner. The legislation also establishes the position of ombudsperson for each veterans’ home to advocate on behalf of the residents and staff at the home.

The bill is now before the Governor, who can either sign the bill into law or veto.

In May 2021, the Legislature approved a $600 million bond authorization—with $400 million for the construction of an updated Holyoke Veterans’ Home facility and $200 million to increase geographic equity and accessibility for veterans not primarily served by the veterans’ homes in Chelsea or Holyoke. 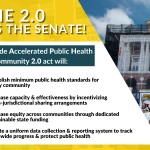 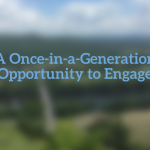