On March 5, I offered testimony before the Joint Committee on Children, Families and Persons with Disabilities on two bills: to ban conversion therapy and lift the cap on kids. My heartfelt thanks to the Committee for reporting both bills favorably. My testimony is below.

Honorable colleagues of the Joint Committee on Children, Families and Persons with Disabilities, I’m here today to offer my strong support for H.140 filed by Representative Kay Khan, and to ask that you help make Massachusetts the 16th state in the nation to rid ourselves of the arcane and abusive practice of “conversion therapy.”

I am proud to have co-sponsored this legislation and grateful to Rep. Khan for her leadership.

This is the first testimony I am offering as a member of the Massachusetts Senate. And it’s fitting as this legislation strikes home for me personally, as it has for many in the Hampshire, Franklin, Worcester district.

As you well know, this legislation prohibits state licensed mental health professionals from subjecting minors to debunked conversion therapy practices in an effort to change their sexual orientation and/or gender identity. It is based on the premise that the sexual orientation of lesbian, gay, bisexual, and trans youth is a mental illness or disorder and it often frames the inability to change one’s sexual orientation as a personal and moral failure.

This so-called therapy is based on a view of homosexuality that has been flatly rejected by all the major mental health professions, as it should be.

The American Psychiatric Association says the potential risks of conversion therapy “are great, including depression, anxiety and self-destructive behavior, since therapist alignment with societal prejudices against homosexuality may reinforce self-hatred already experienced by the patient.”

It has been shown to lead to substance abuse, social withdrawal, and suicidality.

Let me take you back in time to the kitchen table in the home where I grew up. My parents couldn’t have guessed that the news I wanted to share with them now many years ago would be about my sexuality. About the woman I chose to love. But it was.

Fast forward in time. I’m married and my wife Ann and I have two beautiful children. My parents liked to say they simply went from having two daughters to three daughters. Of course we all know it wasn’t that simple. Because homophobia exacts a heavy price from everyone.

But now my children are of a new generation—one that refuses to be put into gender boxes and told who to love.

They are surely worlds more evolved that I was at their age. As it should be.

Their utter rejection of bigoted discrimination based on gender, sexuality, and sexual orientation gives me hope—as do the families of their friends who are embracing and defending their kids’ emergent world views with the kind of love and courageous and tenacious care it deserves and needs.

It’s now up to the legislature to ensure that all the Commonwealth’s children of this generation are never wrenched backwards into an ill-gotten and brutal so-called therapy that far too many in our nation have endured. Or even worse—have perished because of.

Thank you for prioritizing consideration of this necessary and just legislation that would send a much-needed message—at a dangerous time in our nation when hate crimes are rising and the Trump administration threatens the civil rights of trans individuals—that LGBTQ discrimination has no place in Massachusetts.

I respectfully urge the Committee to give this bill a favorable report, and on behalf of my constituents, thank you for giving me the opportunity to speak in support of banning conversion therapy in the Commonwealth once and for all.

Senator Jo Comerford Testimony Supporting S.37 / H.104 – An Act relative to well-being and care of a child / An Act to lift the cap on kids

Honorable colleagues of the Joint Committee on Children, Families and Persons with Disabilities, I write today to offer my strong support for S.37, filed by Senator DiDomenico and H.104, filed by Representative Decker, and to ask that you lift the family cap, also known as the cap on kids.

I commend the Chairs for prioritizing these bills by including it in your first hearing of the session. I am also pleased that the Senate Ways and Means Committee has included these provisions in the supplemental budget legislation that the Senate will be considering on Thursday.

More than 100 advocacy organizations in the Commonwealth agree: This punitive and short-sighted family cap annually forces nearly 9,000 children across the state to live in poverty.

We know all too well the corrosive impact of childhood poverty and its widely-understood related consequences such as chronic food insecurity. And we know the importance of strong development support in the first three years of a child’s life—and the link between this and lifelong health.

Children’s Health Watch conducted a study which found that families not receiving the full TAFDC benefit, like those under the family cap, “were more likely to be hospitalized and to live in food-insecure households when compared to children in families receiving the full TAFDC benefit.” The organization also concluded that “the TAFDC family cap may also have a negative impact on early childhood development.”

The short-term health costs, coupled with the increased likelihood of long-term negative health and workforce outcomes must be why a strong majority of states in the nation have either never had or repealed the cap on kids.

Thank you for prioritizing consideration of this necessary legislation.

I respectfully urge the Committee to give this bill a favorable report, and on behalf of my constituents, thank you for giving me the opportunity to offer my strong support for lifting the cap on kids. 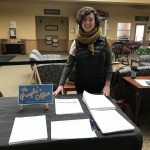 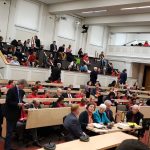