They also must report on “the impact of Proposition 2.5 on the ability of municipalities to make their required local contributions in the short-term and long-term and recommendations to mitigate the constraints of Proposition 2.5.”

They recently announced the public comment period for this local contribution study here.

This report is required as part of the Student Opportunity Act law.

To see the text of the law that describes what they must report on, see Section 21 here.

What should I do?

Write a comment before 10/16! Tell your friends to write comments too!

DOR and DESE need to hear from our district and are requesting that responses be sent by October 16 via this online survey.

What should we be advocating for?

1. We need to let DESE and DOR know about the pressures of the Prop 2.5 cap on our communities!

The state has not adequately funded education, and the amount that municipalities must contribute to fund their schools has been rising sharply year after year. Municipalities raise property taxes to raise these additional funds, but municipalities have other costs in addition to funding K-12 education, like paying the salaries of municipal officials, repairing roads and providing other municipal services.

State education funding has not kept pace with increases in healthcare costs, transportation costs, special education costs, and more. Some of these areas will see funding increases thanks to the Student Opportunity Act law. However the SOA does not impact regional school transportation or charter school tuition reimbursements, and state reimbursements to municipalities for these services will remain inadequate even with the new law.

Paying for K-12 education has been eating up larger and larger portions of municipalities budgets, and if your municipality is bumping up against the Prop 2.5 ceiling: the cost of funding K-12 education is the reason why. Tell them that!

Hang on tight because this gets wonky, but it’s super important. Like, $82 million worth of important.

The Chapter 70 formula determines how much each city and town must pay based on each city or town’s property tax revenues and the relative wealth of each community. This is known as Combined Effort Yield (CEY), which is a determination of a municipality’s ability to contribute based off of that municipality’s real estate values and the income level of residents. This part of the local contribution formula treats all towns equally, so it seems pretty fair, right?

Here’s what’s true: This “82.5% cap” is inherently unfair and only benefits wealthy/larger communities.

Since the cap applies to all municipalities, including those whose CEY (which is based on wealth) is greater than 82.5% of the foundation budget, it benefits more affluent municipalities which end up paying a fraction of what they could pay. But, less affluent/smaller municipalities (like those in western Massachusetts) pay 100% of their Combined Effort Yield.

Look at a few examples:

The local contribution formula is a bit more wonky than this, with a couple of additional adjustment factors included within it, but nothing accounts for the inequity inherent in the 82.5% cap. A recent report estimated “that this formula factor lowered the amount of state aid to the lowest-resourced districts by as much as $82 million in FY 2021.”

The cap on Combined Effort Yield should be raised to 100% of foundation budget. This would not require an increase in Chapter 70 funding, but would result in lower subsidies for the wealthiest communities and equity in the requirement on municipalities to contribute.

3. Tell them about the costs we face in rural areas, or in school districts that have low and declining enrollments!

This is so important, because people in other parts of the state will be pushing in the opposite direction. The same report cited in the above paragraph, recently released by the Boston-based Massachusetts Business Alliance for Education and the Boston Chamber of Commerce also recommends getting rid of hold harmless aid and minimum per pupil aid. This would end public education in western Massachusetts as we know it.

DESE recently produced a report detailing the absolutely brutal fiscal conditions of rural school districts, and now we need to remind them of what their report found! You can download DESE’s report here. 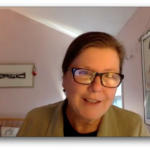