In our district there were a number of applications approved and a number denied. All of the denied applications were from towns judged to be in a region with a moderate level of risk to public health caused by Eastern Equine Encephalitis (EEE) as determined by EEA, while all the approved applications were from communities judged as having a lower regional risk. This gave the impression that the regional risk level, and not anything written in the municipality’s opt-out application, was the key factor in the state’s decisions.

Letter to EEA and MDAR

Together Representatives Blais, Domb, and Whipps and I sent this letter to EEA and MDAR on July 13 posing questions and concerns about the decision-making process for these opt-out applications. We requested that every community whose application was denied be afforded an opportunity to address areas where the Department had concerns before their denials were finalized and before any spraying occurred in those communities. We had hoped that our letter could open some true engagement that was not provided earlier in this process.

On July 23, we received a response from EEA and MDAR, which we found wholly insufficient. Their full response can be read here.

I have had visibility into the painstaking work in each community relative to the decision to opt-out as well as the work to build a viable alternative plan, particularly given competing priorities during the COVID-19 pandemic. Towns put their limited resources into developing opt-out applications, only to see their applications denied because of the assigned regional risk level. If the state was going to deny applications based on regional risk level it should have saved these towns the trouble of applying. If the submitted alternative plans were deemed insufficient, they should allow towns to learn what standards EEA was looking for, and then be given a chance to amend their plans. We share the extreme frustration of our constituents.

Our current mosquito management system is a relic from the 1950s. That’s why we passed a new law last summer to establish a Mosquito Control for the Twenty-First Century Task Force, charged with producing urgently needed legislation to overhaul the way our commonwealth does this work. The task force includes scientific experts and representatives from organizations concerned with land conservation, river protection, wildlife protection, organic agriculture and pollinators. Our team remains active on this task force and all meetings are open to the public.

The Task Force will bring recommendations to the Legislature by the end of this year.

I am deeply grateful for the efforts of so many local officials to create and pass a plan that they felt would be best for their communities. I remain troubled that the state has not been a more willing partner. 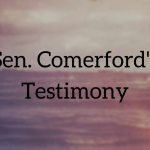 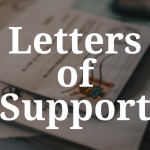