Thank you to everyone who raised your voices about S.2842, An Act to encourage new development and usher in a recovering economy, otherwise known as (The ENDURE Act), an economic development and recovery bond bill that passed the Senate unanimously last night after more than ten hours of debate. I was contacted by many constituents about various amendments to this legislation, and I wanted to provide a brief summary of what made it into the final Senate bill.

Massachusetts remains one of the states hit hardest by COVID-19 and the resulting economic crisis. Before COVID-19, we had a 3% unemployment rate. Now it’s 17.4% with more than 1 million Commonwealth residents currently receiving some sort of unemployment support.

The Senate bill seeks to do three main things: Improve the financial health of our business sector to ensure that there’s liquidity to rebound from this crisis, help affected workers, and bolster job training with an eye toward equity gaps and the workforce needed to fill 21st century jobs.

This bond bill, which is essentially an authorization to borrow, also carried a number of policy wins.

When it came to borrowing to help district needs, I was able to secure an authorization for $500,000 for Greenfield Community College’s planning and development of a health care training facility (building on Rep. Paul Mark’s $500,000 authorization in the House bill for a $1 million pot of potential funding) and $1 million for the University of Amherst’s Water and Energy Technology (WET) Center. The WET lab is an award-winning, innovative hub for water research — and the only such center on the east coast north of Georgia tackling PFAS contamination and COVID-19-related detection through water.

The Senate also adopted a policy amendment I filed to create a healthy soil program in the Commonwealth. This amendment mirrors the Healthy Soils bill I filed and will provide state support to farmers who want to utilize healthy soils farming practices. This is a triple win: A win for our farmers as healthy soils produce more crops and boost farmers earnings, a win for our environment as healthy soil sequesters more carbon dioxide that would otherwise be in our atmosphere, and a win for food security as more and more people in the Commonwealth need access to healthy, local food amid this crisis.

I also supported more than 30 other policy amendments to strengthen an already strong bill including an amendment that embodied the provisions of the Family Work and Mobility Act. You can listen to my remarks, here.

While not all of these policy amendments were adopted during the Senate’s debate, the final Senate version of the ENDURE Act does include provisions to create a robust commission to look at the ‘Future of Work’ and examine ways to ensure sustainable jobs, fair benefits and workplace safety standards for all workers in all industries.

It also gives greater protections to student loan borrowers in disputes with companies servicing their loans, requiring servicers to apply for licenses from the state, which the Commissioner of Banks could revoke if the servicer is engaged in abusive practices such as overcharging students or steering them into costlier repayment plans to make higher profits. Student loan servicers that break state licensing requirements or take advantage of students could be fined and forced to repay student borrowers under the bill.

Please feel free to reach out to me at Jo.Comerford@masenate.gov with any questions or concerns.

A conference committee has been appointed and now the House and Senate versions of this legislation will be reconciled before coming back for a final vote. 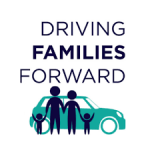 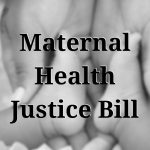