I never imagined writing to you about mosquitos. About integrated pest management. About chemicals so toxic that one part per million could make an entire drinking water source nonpotable.

But these intersecting issues have become central to my team’s work. They’re critical for protecting our environment, health and our ecosystems.

Last summer, Gov. Charlie Baker introduced a bill that would have allowed the state — upon making a determination that there was an elevated risk of mosquito-spread viruses — to conduct aerial spraying of insecticide anywhere, at any time, with no notice or opportunity to opt-out, forever.

The bill was sent to the Joint Committee on Public Health. As Senate chair of the committee, I rejected the bill as written. And my team and I, aided by a cadre of environmental scientists, took a deep dive into mosquitos, Eastern equine encephalitis (EEE), West Nile virus, mitigation, and protection.

Here are five things to know about the bill that eventually passed into law last summer:

The task force includes scientific experts and representatives from organizations concerned with land conservation, river protection, wildlife protection, organic agriculture and pollinators. Our team remains active on this task force and all meetings are open to the public.

Our central question is: How do we transform the ways that we prevent mosquito-borne illnesses with the well-being of our environment as the top goal? You can engage with the task force (and it needs your engagement) via the following link: mass.gov/orgs/mosquito-control-for-the-twenty-first-century-task-force.

No one should take EEE or West Nile lightly. Nor can we ignore the impact of aerial spraying which is harmful to humans and toxic to bees and aquatic life. But it’s even worse than that. The state uses a pesticide called Anvil 10+10. Last year, after we opposed the governor’s bill, we learned that the Anvil pesticide contained highly toxic PFAS chemicals, a class of “forever chemicals” that accumulate in our bodies and never break down, which had leached from PFAS-coated barrels.

PFAS chemicals are linked to an array of health problems, including kidney and testicular cancer, high blood pressure, thyroid disease and immunosuppression. That’s why I called for a moratorium on the use of Anvil in the state. The Anvil manufacturer is subsequently transitioning to new containers and has noted that PFAS-tainted Anvil shouldn’t be used — cold comfort for places like southeastern Massachusetts which has been the focus of EEE-related spraying.

Anvil 10+10 isn’t the only chemical that has me worried. Another group of pesticides called “neonicotinoids” also pose danger to our environment, health, and especially pollinators. That’s why I’ve cosponsored S.528, a bill that would protect pollinators by eliminating harmful products. This bill prioritizes public health and phases out the use of these harmful compounds. I’m also supporting S. 574, a bill governing the use of glyphosate on public lands. Glyphosate is a toxic chemical that is an active ingredient in many herbicides, including Roundup. This bill would end the use of glyphosate-based herbicides on the commonwealth’s public lands without a special permit.

This week I chaired a public health hearing on the intersection of human health and the health of our environment. One bill on the docket was S.1387, which would restrict toxic PFAS chemicals in consumer products, a sweeping bill I filed to ban the sale of products containing PFAS, including child car seats, cosmetics, cookware, upholstered furniture, rugs and carpets if they contain PFAS.

The fight to rid our environment of toxic chemicals like PFAS must be as passionately led as the movement for green energy. We must demand the resources we need to make a complete transition.

To spur this on, together with Congressman Jim McGovern, Clean Water Action, and MASSPIRG, I’m hosting a forum for constituents on July 14 to build public awareness about the threat of PFAS — awareness that I hope will lead to widespread, sustained public action.

Read this article in the Daily Hampshire Gazette and in the The Recorder. 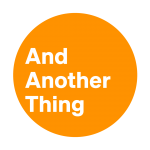