Earlier this week, The Washington Post reported that COVID-19 is claiming one life every 33 seconds, with the death toll projected to rise to approximately 340,000 in the U.S. by year’s end. Upwards of 12,000 of these wrenching deaths will be here in the commonwealth.

My heart is with the loved ones of those who have passed. With the health care workers who have battled this virus since late winter with no respite. With all those struggling under the weight of a brutal and related economic crisis. With the families worrying about their kids’ education, the educators trying valiantly to teach, and our children trying with all their might to learn. With small business owners and workers stretching budgets — and their health — to the breaking point.

But thoughts and prayers alone are not nearly enough. Not from your government.

Though emergent vaccine news is uplifting, governments must not be lulled into a state of vaccine complacency — where we look to the vaccine as a magical panacea.

We must tell the truth: It will be many months before the vaccine reaches all eligible people. And months after that for our economy to rebound. And, still — after that — months needed to revive Massachusetts’ intrepid small businesses and return laid-off people to work. Months of battling food insecurity and the eviction crisis still ahead of us. And longer still to reverse generational policies that resulted in COVID disproportionately ravaging low-income communities and communities of color commonwealth-wide.

National Priorities Project, proudly hailing from our region, found that of the 140 million poor and low-income people in the U.S., 12 million lost their employer-sponsored health coverage during COVID-19, experiencing higher rates of depression, unemployment, hunger, and more.

Amid so much uncertainty, here’s what we know: COVID laid bare the gross inequities that existed long before the virus hit our shores. We can’t go back to the status quo. We must go forward together to something much, much better. The inequitably-felt losses we’ve suffered demand that. The lives lost demand that.

The federal stimulus package that just made it through Congress is as insufficient as it is late. (And it’s very late.) As you can imagine, Massachusetts’ Congressional delegation rocked this from the start yet we’re going to need them to ramp up again in the new year as the next Administration takes up residence at the White House to fight for something four times as large, with funds for states and local governments.

That’s why, more than 85 organizations are calling on President-elect Biden and Vice President-elect Harris to “pass a relief bill in the first days of [their] administration that is truly at the scale of the crisis, to combat the virus and build an economy that works for everyone.” Read the letter and consider signing on if you represent a local, state or national organization: tinyurl.com/AskBidenHarris.

Thankfully, there are bold road maps. For example, the Roosevelt Institute’s Case for Progressive Stimulus, which shows what type of recovery is possible with strategic and equitable investments, a commitment to a green recovery, and work to make public higher education truly affordable.

Demos, another think tank, recently published Three Principles for an Equitable Recovery which calls us to “a moral vision of a truly inclusive economy” on a massive scale akin to the New Deal-esque ideas which emerged from the Great Depression.

And there’s a great deal we can do at the state level to ensure an equitable recovery. In June, my team helped pass a new law to create a COVID-19 data and equity task force to study and make recommendations to address health disparities for underserved and marginalized communities during the pandemic. The promising work of that task force is rolling out now.

Earlier this month, my team and I held a Town Hall (watch it at senatorjocomerford.org/the-peoples-town-hall/) where we recapped the past two years and previewed some of the bills we’ll file in the next legislative session.

Among the issues we’ll tackle:

But that’s not all. In the name of a green recovery, stay tuned for an omnibus food security bill, an omnibus bill banning a class of chemicals called PFAS, a carbon sequestration and storage-focused “no net loss” piece of legislation, and a bill to improve the environmental health and equitable funding of public school building construction and renovation.

There’s more. That’s why we’re having another virtual town hall where we’ll review the raft of bills we’ve filed in your name. Register at senatorjocomerford.org/the-peoples-town-hall-registration-2/.

As the very difficult, very painful 2020 comes to a close, we look together to 2021 as a year for justice. For bold policies that reinvest in our shared future and wellbeing.

Just as I did as the year turned in 2019, I’ll leave you with my favorite Seamus Heaney passage from his “Cure at Troy”:

On this side of the grave.

But then, once in a lifetime

Of justice can rise up,

And hope and history rhyme.

Wishing you and those you love a just and peaceful “tidal wave of justice” in 2021 where “hope and history rhyme.” Let’s make it so. Together.

Read this article at the Daily Hampshire Gazette. 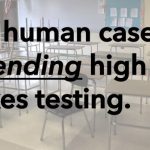 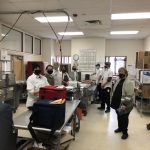