Greetings from your State House,

We all expected the Supreme Court to end the right to abortion, but reading that decision – on top of the Court’s gun ruling and others that have just been announced – was brutal.

One thing’s for certain: Generations before us faced critical moments like these and they kept fighting – just like we’ll keep fighting.

But I go forward with grave concern for our neighbors who now live in states where they cannot choose or access their own reproductive care, as well as concern about the legislators and Justices whose extreme ideological incoherence and hypocrisy are putting lives at risk.

These Court rulings make the work happening in state legislatures across the nation that much more important.

Here’s a list of what our team is juggling in this high stakes moment:

On the right to abortion

We live in a state where the right to abortion is legal and guaranteed in statute thanks to last session’s passage of the ROE Act. But we’re not stopping there. In our budget, the Senate included protections for reproductive and gender-affirming health care providers and for out-of-state residents who travel here to seek services including abortion. The House voted yesterday on a similar bundle of measures. The Governor enshrined some similar protections as an executive order the day the decision was announced. Despite these actions, the Supreme Court ruling has triggered a national public health emergency. (Shout out to Massachusetts Congresswoman Ayanna Pressley for demanding that President Biden make that emergency declaration official.)

But there’s much more to do.

Last month, a coalition of organizations, led by Reproductive Equity Now, ACLU of Massachusetts, and Planned Parenthood Advocacy Fund of Massachusetts, announced the formation of the Beyond Roe Coalition. The Coalition is fighting for a broad policy agenda, including increased support for abortion funds in the state budget, banning cost-sharing for reproductive health care services, and more. I endorse this policy agenda and have publicly supported the $2 million allocated in the Senate budget for abortion advocates like the important Abortion Rights Fund of Western Massachusetts.

The Supreme Court’s ruling may have implications for Massachusetts’ gun laws, and the path forward is being determined by state lawmakers, advocates, and experts. Massachusetts has some of the strongest common sense gun laws in the country and I promise you that I’ll work with colleagues and constituents now and in the days ahead to protect our effective safeguards

As we’re finishing up this letter, we just got the news of another disastrous Supreme Court decision, siding with the oil industry and weakening the federal role in combating climate change. Like with regard to gun safety and the right to choose, we will all need to redouble our efforts to address climate change at the state level, given the Court’s ruling. Please know that our team is doing painstaking and dogged work with the Climate Conference Committee – fighting for the priorities of our district, even as I type.

The Legislature established the Joint Committee on COVID-19 and Emergency Preparedness and Management, which I’ve been proud to Chair for the Senate, at the start of this session to watchdog and investigate issues related to COVID-19 emergency response and recovery. Additionally, the Committee was authorized to report recommendations for legislative action to equitably address and respond to the COVID-19 public health emergency now and to any future contagion or disaster.

House Chair Rep. Bill Driscoll and I held 16 hearings and listening sessions throughout the Commonwealth, and our teams examined hundreds of pages of documents from the Baker Administration.

What we learned, in part, is reflected in a report, linked here, which makes 16 recommendations for improving our policy response to the pandemic and future emergencies. Our recommendations include calls to:

I have already begun pushing to implement some of the recommendations contained within the report, such as expanding wastewater surveillance testing, as we continue to grapple with the ongoing pandemic and its many impacts on the Commonwealth.

A race to the legislative finish line

Formal sessions end July 31. What does that mean?!

After July 31, both branches will continue to meet in informal sessions, but only uncontroversial or procedural business and legislation will be accomplished during informal sessions given that an objection from any one legislator can halt the entire proceeding.

I’ve been appointed to the cannabis bill conference committee. The centerpiece of the bill is the creation of a Cannabis Social Equity Trust Fund to promote more industry participation by people from communities who have been disproportionately harmed by marijuana prohibition and enforcement. This legislation also affects municipalities directly, given that many communities throughout the district have signed Host Community Agreements with cannabis businesses and have either begun to receive or anticipate receiving revenue through these agreements. My team and I are digging deeply into the bills passed by both branches.

Bond bills on the move

Conference committees will also be tasked with reconciling a number of bond bills. These bills authorize the state to borrow over multiple years in order to fund capital investments. The Governor then decides which projects to prioritize and how much to borrow within the authorization provided by the Legislature.

Both the House and Senate debated and passed the general government bond bill earlier this month. Both House and Senate versions include language from a bill I led in partnership with Rep. Chynah Tyler, Sen. Jamie Eldridge, and incredible advocates – a five year moratorium on constructing new and/or expanded prison facilities. You can watch my floor speech here.

I also secured two bond earmarks which – if supported by the Governor – would provide $1.25 million for repairs to Smith Vocational and Agricultural High School following fire and storm damage, and $1.25 million for Community Action’s new hub site in Greenfield. Unlike a budget earmark, a bonding authorization doesn’t mean dollars are guaranteed to flow, but it does authorize the state to borrow to fund these key capital projects.

The House recently passed the transportation bond bill and I am preparing with Senate colleagues for debate. Western Mass Senate colleagues and I are laser focused on making significant gains on regional rail – in partnership with House colleagues.

The economic development bond bill will soon follow, and my team and I are working on that legislation as well, with an eye towards strengthening the Commonwealth’s agricultural sector and food system in partnership with Rep. Natalie Blais.

When our work sums to net zero

The Department of Energy Resources (DOER) just filed a draft of new building codes, which includes a new net-zero (as in no net greenhouse gas emissions) specialized “stretch code” for Green Community cities and towns to adopt. (I made my concerns known about DOER’s earlier draft and I’m pleased that, in this draft, DOER has strengthened the net-zero requirement for large residential homes and provided additional clarity on the definition of net-zero building.)

This new net zero building code is the result of legislation I filed last session which passed into law. It’s pretty incredible seeing it come to life.

Big love to climate activists in western Mass who inspired me to file the initial bill. You can be sure that my team and I will stay tuned in as the final building codes go into effect – and beyond.

In the meantime, I’m also thinking about the energy use and environmental health of K-12 school buildings. In partnership with Rep. Mindy Domb, I inserted an amendment into the Senate’s climate bill to require an assessment of our K-12 school buildings and the development of Green and Healthy School standards. The state is investing $100 million of COVID relief funds in air-quality improvements in our K-12 schools, and while I am glad for that investment (and working to influence where the money goes!), I believe an assessment and standards will help us necessarily sharpen a plan for these much-needed funds.

It’s not often that 97 legislators sign onto the same letter, but it happened on a letter I helped lead with Sen. Pat Jehlen and Rep. Jim Hawkins in strong opposition to a pending proposal that would make it harder to get an MCAS passing score. You can read the letter here.

All aboard a Northern Tier rail public meeting

Another bill is bearing fruit. This time it’s the bill I filed to require a study of restoring passenger rail along Route 2, or the “Northern Tier.” The Northern Tier study is proceeding apace with a virtual public information meeting to be held on Thursday, July 14 at 6:00 p.m via Zoom. You can find information here.

At this meeting, the study team will share an overview of the study’s background, review the existing conditions analysis, and hear from YOU.

If you haven’t yet, PLEASE sign up to receive updates.

Heather Bialecki-Canning is a Commonwealth Heroine

In partnership with Rep. Susannah Whipps and Sen. Anne Gobi, I was honored to nominate North Quabbin Community Coalition Executive Director Heather Bialecki-Canning as a 2022 Commonwealth Heroine. Heather’s inspired leadership, while focused on the North Quabbin, continues to have a profound impact on the entire region. She’s pictured with Jared Freedman from our team. 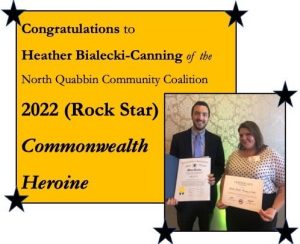 Interns and fellows make our Senate office work. Without them, there’s no way in the world we could be as responsive or take on as many projects. Please take a moment to read about our all-star summer 2022 class. 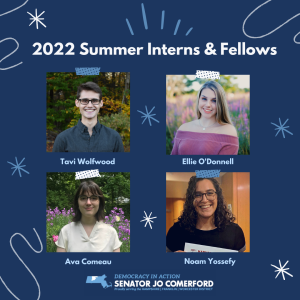 In memory of Sarah Etelman

On June 16, the Senate adjourned in memory and honor of South Hadley’s extraordinary Sarah Etelman. In partnership with Rep. Dan Carey, I offered remarks during Senate session, linked here, to commemorate Sarah’s life and legacy.

Beauty in our district

This summer, our team is hitting the road to photograph and raise up the unique and exquisite Hampshire, Franklin, Worcester district. In 2023, our district will grow to be 25 of the most beautiful cities and towns in the Commonwealth.

We want to hear from you, the people living in these places, about the most beautiful, most inspiring, most unique places in our midst. Can you take a moment to share your ideas about what we cannot miss?!

Maybe you’ll point us to a quarry, or perhaps a bridge, town hall, street, historic music hall, or a community meeting spot like a local coffee shop. Perhaps you’ll suggest a fire station, a farm, a river bank, or pond. Perhaps you’ll ask us to capture pictures of a school, business, field, or forest. What’s important to you will be important to us.

Please take a moment to fill out this short short short survey and we’ll hit the road this summer to photograph the place(s) you believe are the most transformative.

With you, we’ll tell the story of our district here in our region and across the state. 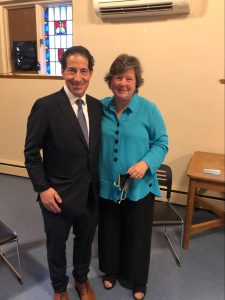 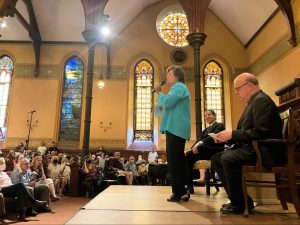 What an incredible honor to introduce Congressman Jim McGovern at an event Jim organized with Congressman Jamie Raskin – who’s now helping to lead the January 6 hearings. 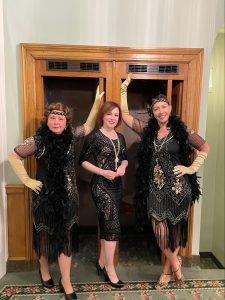 It was an absolute joy and honor to roar and “dance” into the 1920s with the true force of nature Tara Brewster and our awesome (and oh-so-patient rockstar choreographer Noel St Jean-Chevalier of Art In Motion studios).

All for Cutchins Programs for Children & Families, Inc. – a necessary, inspirational program for families and children.

Blessings and heartfelt gratitude to everyone who donated to support our team.

Kudos to the other dance teams and the Cutchins board and staff. It was a memorable evening. 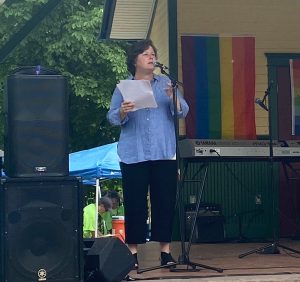 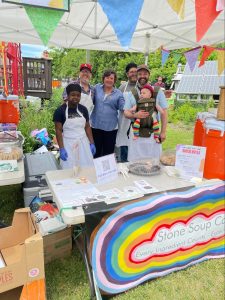 Hundreds turned out in Greenfield for a beautiful, powerful, Franklin County Pride. Honored to join Reps. Susannah Whipps and Natalie Blais and Councilor Ricketts. I was delighted to offer “Proud to be” remarks which you can read here. 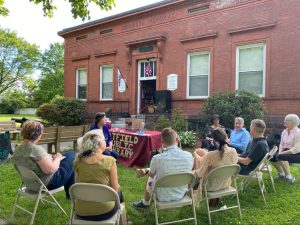 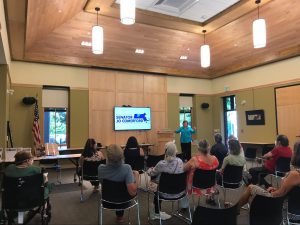 The Library Tour is back on the road! 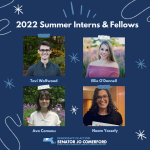 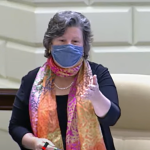 Standing Up for a Foster Parents’ Bill of RightsThe People's Blog, Audio & Video