Good news for traffic safety advocates and anyone who walks, bikes, uses a wheelchair or motorized scooter, and/or works on the roads in MA. Strong legislation to increase road safety for everyone has passed into law.

This legislation was a priority for our team because we heard again and again from constituents, advocates, and local leaders about the need for greater road safety for people on the roads who are not in a vehicle.

The bill addresses the following issues:

Safe passing: The legislation requires that motorists leave a safe distance of not less than 4 feet when passing vulnerable road users.

Truck Safety Devices: The legislation requires trucks to have devices installed to protect vulnerable road users (backup cameras, convex mirrors, and cross-over mirrors; and devices to prevent vulnerable users from coming under the side of a truck). The act applies to large vehicles that are leased or owned by the Commonwealth (starting in 2023) or used under contract with the Commonwealth (starting in 2025).

Speed Limits: Under legislation passed previously, municipalities may elect to set a 25 mph speed limit in thickly-settled areas and business districts. This legislation clarifies the process for municipalities to alter speed limits both on state-controlled roads and on the roads they control.

Crash Reporting: The legislation requires MassDOT to develop a reporting system for crashes involving vulnerable road users to improve our understanding of the causes and locations of crashes.

Rear Red Lights: For cyclists, the legislation adds a new requirement for the use of rear red lights at night. There is a provision that this law shall only be enforced when an operator of a bicycle has been stopped for some other offense.

To read the full text of the bill, please visit: https://malegislature.gov/Laws/SessionLaws/Acts/2022/Chapter358 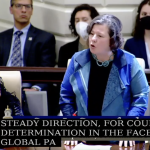 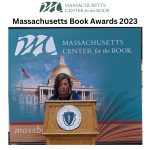