Here’s a personal story which comes full circle to yesterday and three pieces of legislation focused on homelessness and housing as a right.

My Aunt Joan was my mom’s beloved twin sister. Her best friend. Both my aunt and mom passed four and four an a half years ago, respectively.

Aunt Joan was fierce. A Sister of St. Joseph (a bad-ass order of nuns) for a quarter of a century, Aunt Joan was my personal beacon. My version of a life well lived.

Growing up, it was common for the phone to ring and for my family and I to hop in the car to bust the nuns out of jail for any number of actions—from organizing in solidarity with Dorothy Day and Cesar Chavez to support farm workers to battling racist red-lining in Brooklyn neighborhoods.

When I graduated from college, I went to live in New York City with Aunt Joan, hell-bent on becoming an actress. She welcomed me with open arms. I arrived with bags and bags and bags of clothes. And I remember her telling me to pack a bag for five days.

I had a young woman’s delusions of grandeur. A cruise perhaps? A trip to the country?

Quite the opposite: A week of volunteer work in New York’s public homeless shelter system. Aunt Joan stayed with me the first night, but then I was on my own—with a list of places to volunteer in the day and a list of cot shelters to open in the night. That’s how it worked in New York City in the 80s. Houses of faith opened their basements and volunteers cycled through, finding keys under door mats. Making meals out of donated food left by community members. In many places, it’s still the same now 35 years later.

It was the hardest and best work I’ve done in my life. And I learned more in five days about how the world worked than I had in the 21 years prior.

I started volunteering regularly. And when I wasn’t acting, I ran a theatre company called Grace Project, which was located in Peter’s Place, a vast public shelter for men on 23rd Street. I wrangled writer, costume and lighting designer friends to join me and together we worked with the men to put on plays about their lives which we wrote with them. We put on the theatre version of The Odd Couple (you may remember the famous poker scene). We did new years comedy shows. And so much more. This went on for a long time and for about a year and a half I was also running a women’s shelter on the upper west side.

I have Aunt Joan to thank for that as well. She’d heard the shelter was closing and I lived on the upper west side. She brought me to the public meeting to address it. I had no intention of helping. (Just telling the truth here.) On the very last call for volunteers, Aunt Joan couldn’t take it any more and jabbed me in my side causing me to jump up. And, well, you can guess the rest. The room cheered and the next thing I knew I had the keys, a list of places to pick up food, and the name of the laundry mat where the sheets were drying.

What drives women and men to the street is quite different but there’s a common thread: a brutal, unforgivable, and violent inequity. And it’s the responsibility of government to address it.

And that brings me full circle to yesterday and three bills I had the honor to champion:

S.31 (I filed): To enforce the collection of data and the creation of a hotline for services and a benefits calculator. Here’s my testimony. And here’s the 30 sec. summary: For god’s sake, we don’t have adequate, aggregated data in the Commonwealth to track people who are homeless and/or housing insecure. We make rough guesses based on the data we have, but that’s not good enough to help us see the scope of the problem and how best to address it. And people who are experiencing homelessness have no one number to phone to get help and no place to help them understand the range of benefits to which they’re entitled. That’s what this bill does.

S.824 and S913 (I co-sponsored): To mandate the right to counsel and to ensure that people who have been homeless can start over. Here’s my testimony. And here’s the 30 sec. summary: More than 40,000 families experienced homelessness last year alone in the Commonwealth, 5,000 in western Massachusetts alone. Our state is experiencing one of the sharpest rises nationally. Only eight percent of people navigating housing court and eviction proceedings have legal representation (even though we know the odds are stacked against them). And we know the best way to prevent homelessness and ensure that housing is a right is to help keep people in their homes and make it easier for them to start over, if they’ve experienced homelessness.

That’s what these bills do and when I spoke in support of it yesterday (photo below), I was proud to also help convey, along with Rep. Sabadosa, the mandate coming from the Northampton City Council which passed a resolution in support of the legislation.

For me, it all started with Aunt Joan who wanted me to become someone who couldn’t and wouldn’t look away from injustice. Ever. I’ll be forever grateful to her that she succeeded. And every day I work, I’ll endeavor to be as clear and fierce and loving as the woman who helped raise me. 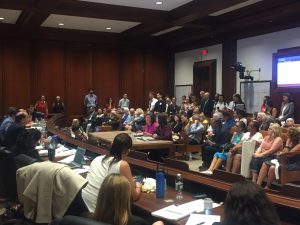 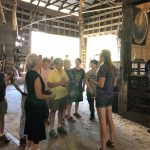 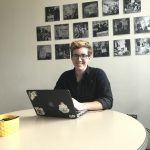