JR10 is an insider term for an important and quite a pressing matter: The fate of bills in committees. After holding public hearings, committees are supposed to make decisions about all the bills in their care by this date, if they haven’t already. Here’s a quick snapshot of some of our bills that received a favorable report (which is the first hurdle on their journey):

If bills are not reported favorably, they can be studied, which is a euphemism for ending a bill’s journey for the current session. That happened to some of the bills we fought for passionately – including one to rethink MCAS testing in the Commonwealth. This is beyond frustrating but we’ll keep fighting.

Bills can also be extended which is often a signal from the committee that it needs more time to consider the legislation. This is an invitation to everyone who cares about this legislation to fight harder than ever before on its behalf. Here’s a quick snapshot of some of our bills that were extended:

Our team is now taking next steps on all of these issues, having meetings with Senate leadership, and making a plan to move the favorable and extended legislation to the finish line as quickly and strategically as possible.

Let’s be clear: These bills prevailed as they have because of people power. Thank you to everyone who is engaging. It’s time to increase the volume even more. 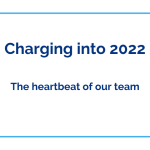 Charging into 2022, hearts fullUpdates from Jo, Newsletters, The People's Blog 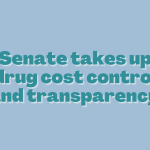 The PACT Act 2022The People's Blog